N Korea slams South for 'meddling' in talks with US 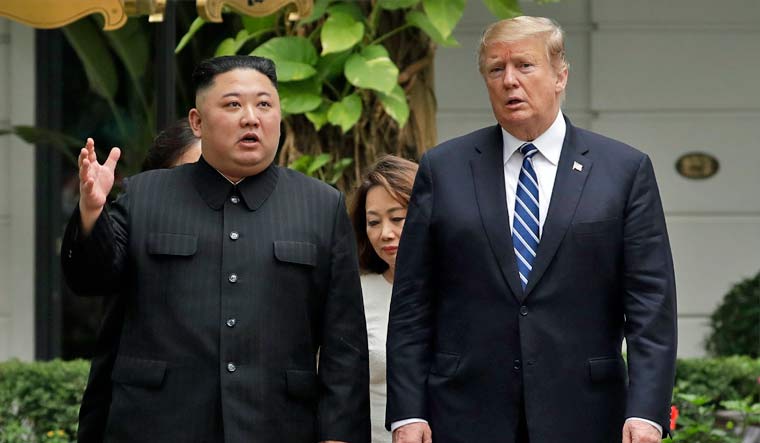 South Korea has been warned by the North to stop 'meddling' in the North's talks with US. The warning comes ahead of US President Trump's visit to Seoul amid a nuclear deadlock. Last time North Korean leader Kim Jong Un met with Donald Trump, the talks collapsed, after they failed to agree on what the North would be willing to give up in exchange for sanctions relief.

The US president wanted Kim to denuclearise Pyonyang's nuclear facility in return to lift sanctions. But, it seemed like Kim wasn't ready for complete denuclearisation. Post this, the two sides have maintained minimal contact. Trump will fly to Seoul to meet with South Korean President Moon Jae-in over the weekend.

"The South Korean authorities would better mind their own internal business," said North Korea senior foreign ministry official Kwon Jong Gun. Moon Jae-in on Wednesday said that "behind-the-scenes talks" were going on between the US and the North with a view to preparing for a third summit.

"Also underway is dialogue between the South and the North through diverse channels," he added in a media interview.

Trump's visit to the South had fuelled media speculation over a possible trilateral summit with Kim and Moon, but Trump himself has said he will not be meeting Kim.

Moon, according to a statement carried by the North's official Korean Central News Agency, said the US and North Korea were the "direct parties", adding: "It is absolutely not an issue where the south Korean government can meddle in." If the North had to contact Washington, it can use the "already existing communication channel", he said, stressing it will "never be done through the South Korean government".

The North, however slammed the South for trying to be mediator and raise its standing. The South had recently approved $8 million in food aid for the North, that is currently suffering from an acute food shortage.

The South and US even minimised joint military activities in order to establish better relationships with the North.

Moon, who favours engagement with Pyongyang, brokered the talks between Trump and Kim last year and has held three summits with the North Korean leader.