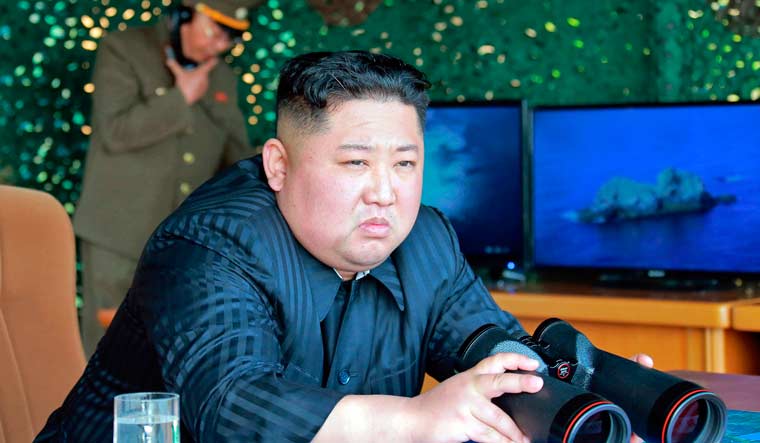 North Korea, under the leadership of Kim Jong Un, tested short-range projectiles on May 4. This came in weeks after the country tested tactical weapons to be used in ground combat, just months after Kim Jong Un's talks with American president Trump faltered. N Korea has described the firing as a regular defensive military exercise and ridiculed South Korea for criticising the testing of rocket artillery.

According to experts who analysed images from the test, North Korea's newest missile has a striking resemblance to an advanced Russian design. Kim Jong Un of North Korea had met Russian President Vladimir Putin on April 24. The meeting for Kim was in a way to rally assurance that its sovereignty will remain intact even if it gives up nuclear weapons.

The system, which is similar to Russia's Iskander missile, according to experts, has the ability to challenge missile defenses in South Korea leading to increased tensions in the region.

This drill was the first one by North Korea since it launched a long-range intercontinental ballistic missile in November 2017.

South Korea's Joint Chiefs of Staff a day earlier said it detected North Korea firing multiple projectiles toward the sea from near the eastern town of Wonsan. According to statements released by North Korea, the weapons were launched and tested to counter join military drills conducted by the United States and South Korea in March and April. The North also criticized the test of a US Minuteman intercontinental ballistic missile from a US Air Force base in California last week.

United States and South Korea have stopped their annual large-scale military exercises and replaced them with smaller exercises since last year. The move was made in order to make room for diplomacy. Even then, the North criticised the South for continuing joint drills with the United States.