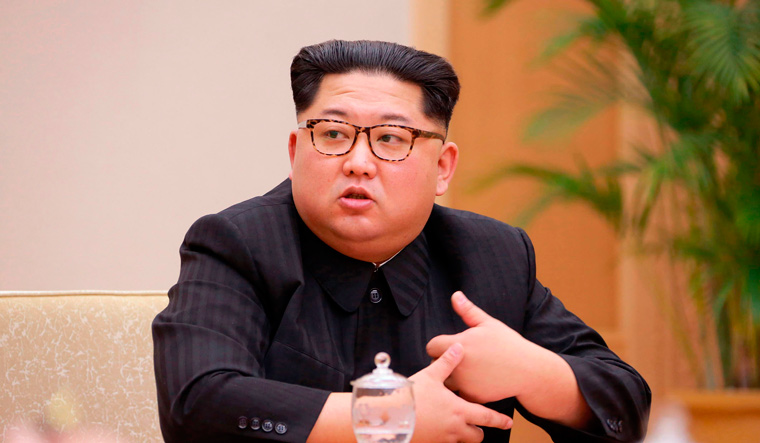 North Korea conducted a test of a new tactical guided weapons system on Wednesday, according to its state-media outlet, KCNA.

According to the report, the country's Supreme Leader, Kim Jong Un, oversaw the test, which was the first in the state since the failed US-North Korea summit in February. Kim Jong Un also described its development of the weapon as one "of very weighty significance in increasing the combat power of the People's Army".

A tactical weapon refers to a short-range armament specially designed to be used in battlefield. The report does not suggest the kind of weapon tested or its potential range. The 'tactical' weapon is distinct from the to the long-range ballistic missiles that were tested earlier. While long-range missiles pose a potential threat to the United States, short-range tactical systems can target adversaries within the Korean peninsula or regional plane of operations.

It added said that the test was "conducted by various firing method on each different targets, had perfectly proved the design specifications of this tactical guided weapon which is evaluated to be superior due to its special flight guidance method and powerful warheads”.

However, the testing was not detected by US North Command and Strategic Command, according to US Department of Defence officials. In a report published by the US-based Centre for Strategic and International Studies, satellite images show 'five specialized railcars near the Uranium Enrichment Facility and the Radiochemistry Laboratory' on April 12. The railcars had been earlier associated with the transport of radioactive material and reprocessing systems.

The last time North Korea had tested a tactical weapon was in November 2018. The significance of this testing was downplayed by South Korean Unification Ministry Deputy Spokeswoman Lee EU-gene saying Kim Jong Un had been continuing his inspections in the military sector "intermittently”.

In February, President Trump had met with Kim Jong Un in Vietnam. However, the summit between the two leaders failed to produce any meaningful negotiations, culminating with Trump walking out on Kim Jong Un.

The new test comes amidst US sanctions against North Korea over its nuclear and missile programs.