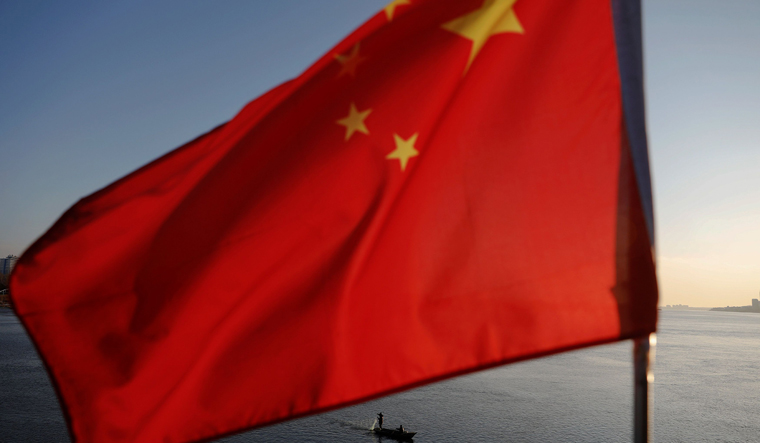 With a measured wellbore depth 4,660 metres and a true vertical depth (the distance from the well to the surface) of 2,529 meters, it is claimed to be the first deep-water well in operation by a Chinese-manufactured platform.

The $1 billion platform was built by the China National Offshore Oil Corporation (CNOOC) and was launched in 2012. That same year, the company’s chairman, Wang Yilin, called such rigs “our mobile national territory” and “[a] strategic weapon for promoting the development of the country’s offshore oil industry”.

The platform, Haiyang Shiyou 981 (HYSY 981), was at the centre of the 2014 China-Vietnam oil rig crisis (also known as the Hai Yang Shi You 981 standoff). Then, the platform was deployed to a location in disputed territories near the Vietnam-claimed Paracel islands. The dispute saw hundreds of Chinese and Vietnamese ships attempt to ram each other of the region. The dispute culminated in the loss of a single Vietnamese fishing ship, and the deaths of about six Chinese citizens in riots that took place in Vietnam.

According to website MarineTraffic.com, the rig was last positioned at 20.22187N and 115.6864 East, as of April 7, 2019. This places the vessel within Chinese territory, about 266 kilometres South East of Hong Kong and slightly West of the Philippines Exclusive Economic Zone.

The Global Times reported that the gas from the well would be transported to Gaolon port in Zhuhai, located within the Guangdong Province, supplying the Guangdong-Hong Kong-Macao Greater Bay Area.

U.S. Energy Information Agency reports estimates about 190 trillion cubic feet of natural gas and 11 billion barrels of oil in proved and probable reserves that lie within the South China Sea’s undisputed margins. A subsequent U.S. Geological Survey report estimated about as many reserves of natural gas and oil to be left undiscovered in the region. U.S. Secretary of State, Mike Pompeo, had earlier accused China of blocking $2.5 trillion of recoverable reserves in the South China Sea.

Vietnam has invited India to participate in oil exploration in its waters, a move that China has heavily condemned. In March, an official from the ONGC Videsh Ltd told LiveMint that the state-owned company plans to exist hydrocarbon block No.128.