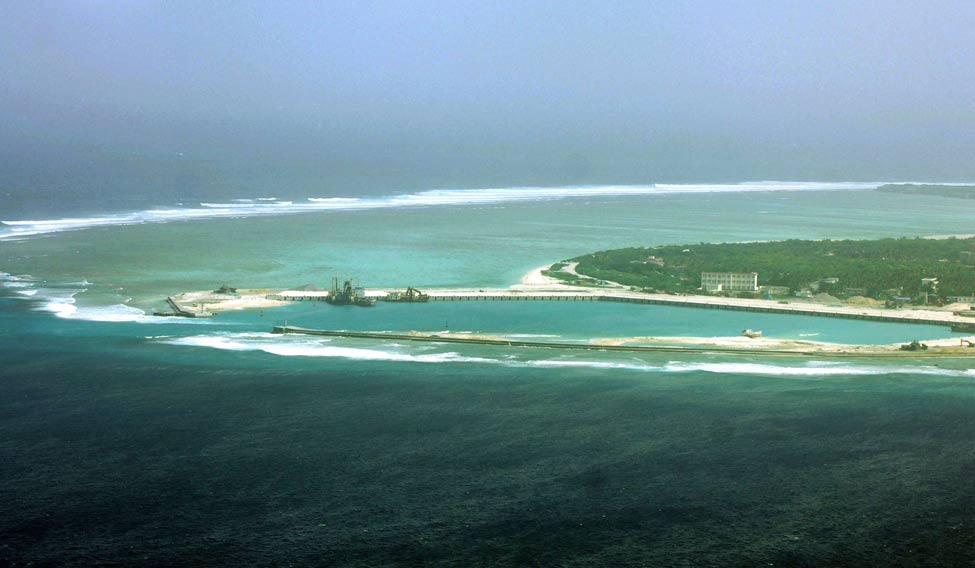 Beijing is opposed to any arrangement which infringes upon its rights

China on Thursday slammed Vietnam for inviting India for exploration in the South China Sea, saying Beijing is opposed to any arrangement which infringes upon its rights.

"China does not object to the development of normal bilateral relations of relevant countries in our neighbourhood. But, we firmly oppose relevant party to use it is an excuse to infringe upon China's legitimate rights and impair regional peace and stability," Foreign Ministry spokesperson Lu Kang said.

Vietnam is one the claimants of the South China Sea, of which 90 per cent is claimed by China. The Philippines, Taiwan, Malaysia and Brunei also have overlapping claims to the energy-rich waters.

The Vietnamese envoy said Hanoi was within its legal rights to invite India and will welcome port calls by Indian Navy in the waters.

India's ONGC Videsh Ltd, the overseas arm of Oil and Natural Gas Corp, is already engaged in exploration in the 128 basin of the South China Sea controlled by Vietnam.

China has earlier protested India's presence in the particular bloc.

Your form could not be submitted.
This browser settings will not support to add bookmarks programmatically. Please press Ctrl+D or change settings to bookmark this page.
Topics : #India-China | #South China Sea