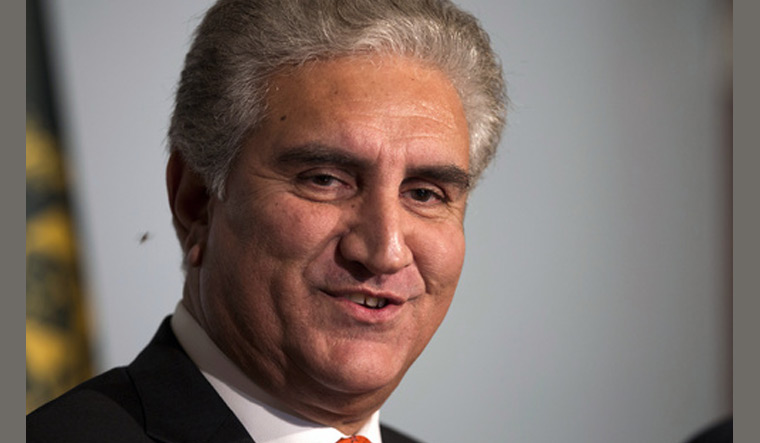 Tension may have subsided on the Line of Control following the India-Pakistan skirmishes in late February, but Shah Mahmood Qureshi is not wasting opportunities to take potshots at his country's eastern neighbour.

On Wednesday, Qureshi, who is Pakistan's foreign minister, accused the Indian government of omitting the words 'Muslim' and 'mosque' in its statement condemning the terrorist attacks on two mosques in Christchurch, New Zealand, on March 15. Nine of the 50 people killed in the Christchurch attacks were from Pakistan, according to Pakistan's Dawn.

Qureshi reportedly made the remark while interacting with Pakistani journalists during a visit to Beijing. Dawn quoted Qureshi as saying New Delhi "did not have the courage" to use the words 'Muslim' or 'mosque' in its condemnation of the New Zealand attacks. Qureshi even claimed that Pakistan would not distinguish between the religion of victims of terrorism. "If, God forbid, there had been an attack on a Hindu temple, Pakistan would have stood with India," Qureshi declared.

The ministry of external affairs on March 15 had issued a statement on the attacks in New Zealand. “PM strongly condemns the heinous terrorist attack at the places of worship in Christchurch,” the MEA tweeted, adding the prime minister had sent a letter to his New Zealand counterpart, expressing his condolences.

Qureshi had displayed his displeasure at India earlier this month, when he skipped a meeting of foreign ministers of the Organisation of Islamic Cooperation (OIC) states in Abu Dhabi to protest against the participation of External Affairs Minister Sushma Swaraj.

Qureshi was then quoted by Pakistan's The News International as saying he requested the UAE to “either postpone the meeting, or the body (OIC) should review its decision to invite India.” India had previously been kept out of the OIC for decades due to lobbying by Pakistan.