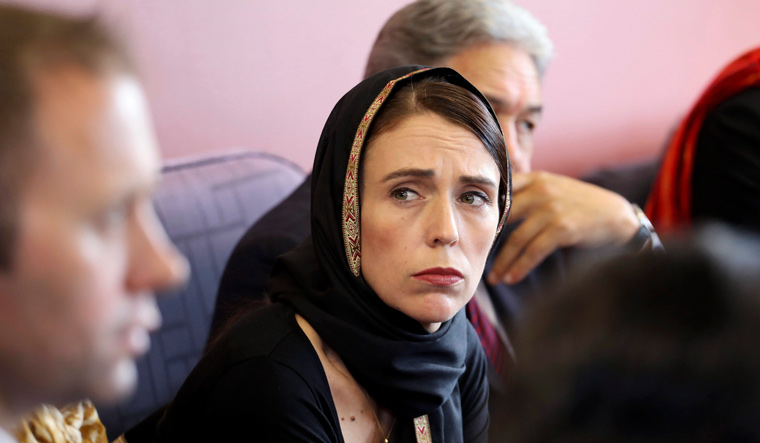 Ardern revealed that the alleged shooter had legally bought the five weapons, including two semi-automatic rifles, used in the massacre. The shooter, identified as 28-year-old Brenton Tarrant, obtained a gun license in November 2017.

"The mere fact... that this individual had acquired a gun licence and acquired weapons of that range, then obviously I think people will be seeking change, and I'm committing to that," she told a press conference. "I can tell you one thing right now -- our gun laws will change."

New Zealand tightened its gun laws to restrict access to semi-automatic rifles in 1992, two years after a mentally challenged man shot dead 13 people in the southern town of Aramoana. But subsequent efforts to tighten the laws, including a ban on semi-automatic weapons, have stalled in parliament.

Currently in New Zealand, anyone over 16 can apply for a firearms licence, valid for 10 years after completing a safety course and a police background check. Most guns do not require registration under New Zealand's Arms Act and police do not know "how many legally or illegally owned firearms there are in New Zealand", police said last year.

In 2014, police estimated there were up to 1.2 million legal firearms in civilian ownership, or around one for every four members of the public -- twice the per capita number of guns in Australia.