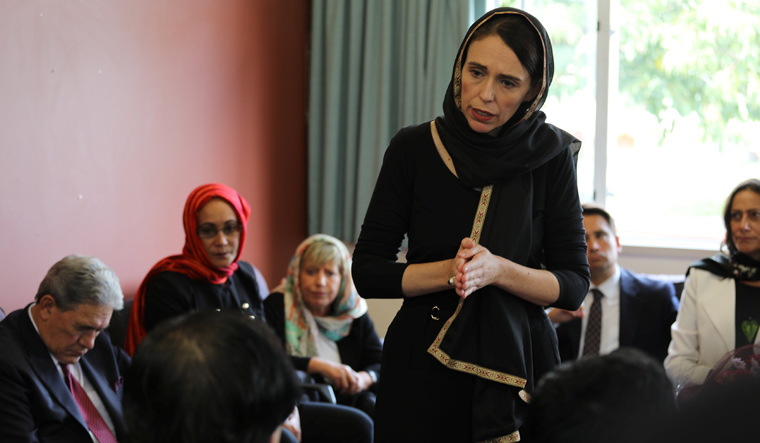 Before the terrorist attacks in two mosques in Christchurch, New Zealand Prime Minister Jacinda Ardern was more known for being the youngest person in 150 years to hold the post in the country. Ardern also became only the second elected head of government in the world to give birth while in office, when she had her daughter in 2018.

Mostly symbolic 'achievements', many would say. But since Friday, as New Zealand, and the rest of the world, recoiled in horror at the deaths of nearly 50 people, Ardern has barely put a wrong foot forward.

Ardern showcased leadership by affirming the country's acceptance of foreign immigrants, condemning violence, constantly communicating with the media, committing to legal changes, demanding accountability for lapses and directly reaching out to the victims and affected communities.

Even as the attacks were unfolding, Ardern addressed the nation, declaring Friday was “one of New Zealand's darkest days”. She expressed support for the victims, who were migrants or refugees to New Zealand, and declared, “They are us,” to affirm the country's inclusive nature. She also said the shooters' extremist ideology had “no place” in New Zealand's society.

Moreover, Ardern, understanding the potential for panic at the unprecedented violence, calmly asked residents of Christchurch to remain in lock-down and comply with all security directives as the situation was involving.

In another address to the country on Friday evening, Ardern provided details of the incidents, calling the attacks in Christchurch a terrorist act. Ardern reiterated that the perpetrators of the violence “had no place in New Zealand or the world”. Ardern also fielded questions from the media.

On Saturday, Ardern declared gun control laws in the country would change after it emerged that one of the main suspects, Brenton Tarrant, held a gun licence and owned as many as five weapons. Ardern also announced her government was liaising with Australian agencies to find out how Tarrant, a native of Australia, had evaded scrutiny in both nations.

On Saturday, Ardern went to Christchurch, wearing a hijab and addressed Muslims, accompanied by government officials and even the leader of the opposition. When prompted by a community leader of the need to visit victims, Ardern, according to stuff.co.nz, changed her plans to visit the Hagley College to talk to people who had been directly affected.

Ardern married symbolism with leadership to soothe the wounds of a shocked nation, displaying composure, determination, sensitivity and flexibility. Acts that would be a lesson for all elected leaders.