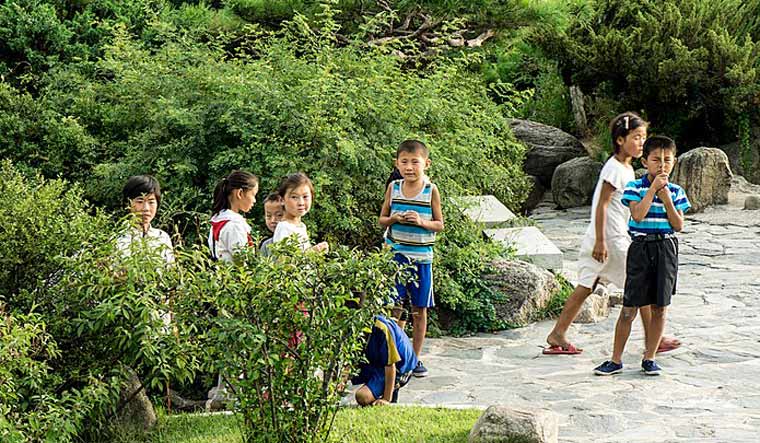 North Korean food production fell to a lowest in the decade in 2018. meaning, close to 11 million of its population is without enough food. Over 43 per cent are under nourished and one out of five children are are stunted due to chronic undernutrition, reads a report by Tapan Mishra, head of the UN office in North Korea.

Mishra said that last year's UN appeal for $111 million to help 6 million of North Korea's most vulnerable people was only 24 percent funded, one of the lowest levels in the world.

An estimated 190,000 kindergarten children and 85,000 acutely malnourished children did not get the nutrition support they needed," said Mishra.

"Beyond the numbers, the human cost of our inability to respond is unmeasurable," the report further reads.

UN spokesman Stephane Dujarric told reporters that the UN humanitarian team in the country is calling for $120 million "to urgently provide life-saving aid to 3.8 million people." Without adequate funding this year, some agencies providing desperately needed help to North Koreans will be forced to close down, he said. North Korean leaders, Kim Jong Un and his predecessors have faced criticism for not paying attention to the food crisis and giving more weight-age to other aspects like nuclear weapons.

He said food production figures provided by North Korea showed "there is a food gap of about 1.4 million tons expected for 2019, and that's crops including rice, wheat, potato and soybeans."

According to Mishra's report, last year, there was a severe heat wave in provinces considered to be the country's "food basket," and the food situation was further aggravated by Typhoon Soulik in late August.

US President Donald Trump's meetings with Kim to denuclearisation however spells hope for the situation. It may just give the boost the economy needs. If indeed, Kim agrees to denuclearise even partially, even some of the UN imposed sanctions maybe lifted including that on importing petroleum products.

Mishra also cited major regional differences varying from 10 per cent in the capital area of Pyongyang Province to 32 per cent in Ryanggang Province in the northwest bordering China.

The report was issued days after a summit between North Korean leader Kim Jong Un and President Donald Trump ended without any agreement on the North's nuclear program.

Mishra cited "lack of funding, the absence of a banking channel for humanitarian transfers and challenges to the delivery of humanitarian supplies." North Korea's banking channel has been suspended since September 2017 and attempts to find a replacement have been unsuccessful, Mishra said.

He welcomed new procedures approved by the Security Council committee monitoring sanctions against North Korea last August to streamline and expedite requests for exemptions from sanctions for humanitarian programs.

However, Mishra said, "the continued risk-averse approach taken by suppliers and some authorities in transit countries ... continues to cause significant delays in the delivery of life-saving humanitarian assistance."