There will be 5 teams, and maximum 5 overseas players will be allowed in playing XI 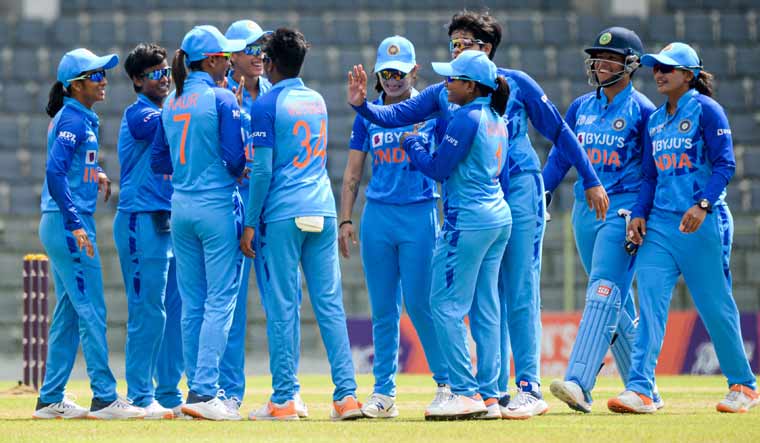 The much-awaited inaugural edition of Women's IPL will have five teams and is set to take place in March 2023 before the start of men's IPL.

As per a BCCI note accessed by PTI, the tournament will feature 20 league games with teams to play each other twice. The table toppers will get a direct entry into the final, while the second and third place teams will battle out in the Eliminator.

Each team can have no more than five overseas cricketers in the playing XI.

"To have a well balance of domestic & international players and to have competitive teams, it has been tentatively decided to have five teams for WIPL. Each team can comprise maximum of 18 players where no team can have more than six overseas players.

The Women's Big Bash League in Australia and The Hundred in UK don't allow more than three overseas players and have a squad size of 15.

The board also thinks with limited number of teams, the home-and-away format will not be feasible. The event is expected to take place soon after the Women's T20 World Cup in South Africa from February 9-26.

"Like IPL it will be a challenge to play in home-away format in WIPL, as with five to six teams it is not possible to have a match every day. It is suggested that tournament can be played in caravan style where after finishing 10 matches at one venue next 10 matches to be played at next venue.

As far as the sale of teams are concerned, it may take place zone-wise with the board shortlisting two cities for each zone: Dharamsala/Jammu (North zone), Pune/Rajkot (West), Indore/Nagpur/Raipur (Central), Ranchi/Cuttack (East), Kochi/Vizag (South) and Guwahati (North-East).

"Alternatively, teams in WIPL can be sold and matches may take place at venue that currently host IPL matches."

After the initial announcement on Women's IPL, it was widely reported that IPL owners will get first right of refusal over buying teams.

The final call on all matters concerning Women's IPL will be taken by the IPL governing council and BCCI office-bearers.

Calls for an IPL style league for women grew louder with the growth of the game in India, sparked by the team's runners-up finish in 2017. WBBL is taking place in Australia since 2016, while The Hundred was introduced in the UK last year. Pakistan has also announced a women's league for next year.

"There is an overall increase of 111 per cent in participation of players along various categories in last eight years.

"In women's senior category, there is rise of 129 per cent while in U-19 category its increased," as per the BCCI note on the game's growth in India.