'Want to be known for my story': Endrick Felipe tells THE WEEK in exclusive interview

Catch the full story in the latest issue, on stands this Friday 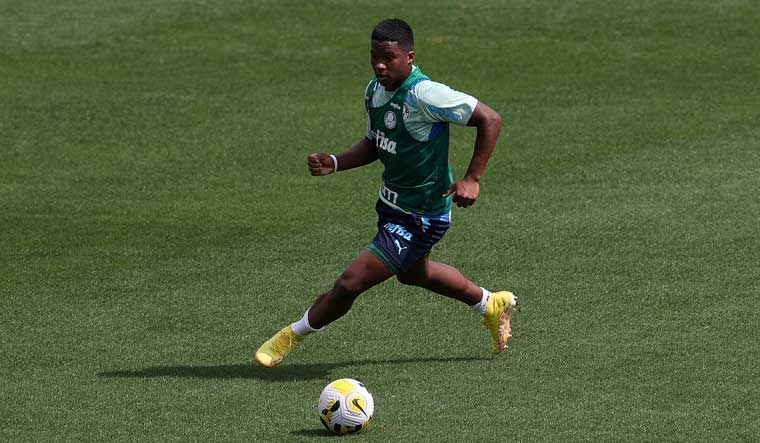 From dribbling the ball in the dirty streets of Valparaíso in Brazil to making his senior team debut in Palmeiras last month, wonderboy Endrick Felipe Moreira's game is a coalescence of innate talent, perseverance, hard work and skill. The beauty of his moves is such that the 16-year-old is already touted as the "next Pele" and "the most hyped since Neymar Junior."

As he becomes the first player in Brazilian history to play in the Under-15, Under-17 and Under-20, all in the same year, Endrick says he has worked hard from the day he arrived in Palmeiras to show his football on the pitch, giving his best in all competitions.

"The signing of the professional contract was just the result of everything we planned since the beginning," he tells THE WEEK in an exclusive interview. THE WEEK chases the boy and his story, in the latest issue of the magazine, set  to hit stands on Friday.

The number and beauty of the goals he produces may have brought him to the attention of top English and European clubs, but what prompts many to compare Endrick with the greatest players in sports history is his play and mental strength. But the rising star says he wants to be known for his story. "I believe that each player has his own qualities and characteristics," says Endrick who idolises Cristiano Ronaldo,

Nevertheless, he agrees he, too, is inspired by the works of players who have left their indelible mark on the history of Brazilian football. "I want to conquer the same things they conquered, but my goal is to build my own trajectory," says Endrick on being compared to Brazilian legends like Romario and Ronaldo.

The grounded person he is, Endrick claims he is never "fully satisfied with his football." But, his mentor Fabio Moreira de Sousa, who spotted the talent in Endrick as a four-year-old, tells THE WEEK he knew the kid was "definitely the future."

His trainer Silas Eduardo Severino has a unique comparison. He calls Endrick the mix of tennis legends Roger Federer and Rafael Nadal. "Federer is talented, intelligent, cold and cool. Nadal is emotional and he transforms that emotion into force with intelligence. Endrick is a mix of the two," he adds