Bhaichung Bhutia vows to work for development of football 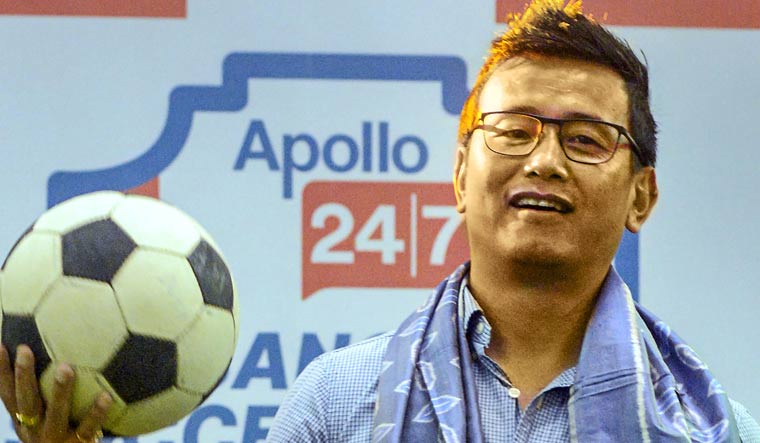 Unperturbed by the massive defeat at the hands of Kalyan Chaubey in the elections held recently for the post of AIFF president, former India captain Bhaichung Bhutia on Wednesday said that he would contribute to work hard for the development of football in the country.

"I am committed to work for development of football in the country," he told reporters at a press conference, a day after returning to his home state, Sikkim.

He thanked all those people and various social organisations and political parties for extending their support to him during the election process.

"Now it is time to dust all election-related issues and concentrate on the ongoing work for betterment of the beautiful game of football in the country," Bhutia said.

The 45 year-old former striker said he was "shocked to see the level of political interference in the elections for various AIFF posts in which three Union ministers and about nine chief ministers had meddled at various level to influence the outcome."

He, however, refrained to take names of those politicians who had interfered in the poll process.

"Whatever has been said and done on the results of elections cannot be undone, but I would yet again like to congratulate Kalyan Chaubey on his election as AIFF President and hope that football will grow under his presidentship." Bhutia said.

The former footballer, at the same time, regretted that the growth of football had "suffered over the past several decades as wrong people" were inducted in the national and state association because of "political influence".

Responding to various allegations by his political detractors questioning his contributions to football in Sikkim or elsewhere, he dared them to come forward and the run United Sikkim football club for at least three years.

The former Indian Captain said that he was maintaining a positive in the wake of electoral reverse and said philosophically that "even the heavenly powers want me to stay in Sikkim and do good work for the people."

Bhutia, the founding leader of Hamro Sikkim Party, took potshot at the rise of crime graph in Sikkim and claimed that his state stood at the very top of the pile in terms of crimes against children.

"How can our society go forward when we can't even take care of our children. It is really sad to see the spike in crime against children in Sikkim as per the NCRB data," he said.

“The people occupying various public posts in Sikkim must feel ashamed about it (growing crime against children in Sikkim),” he said, taking a dig at the Prem Singh Tamang government with which he does not share a cordial relation.