Hockey: Can men in blue script history at Commonwealth Games 2022?

India has the likes of Australia, New Zealand, England to beat to finish at podium 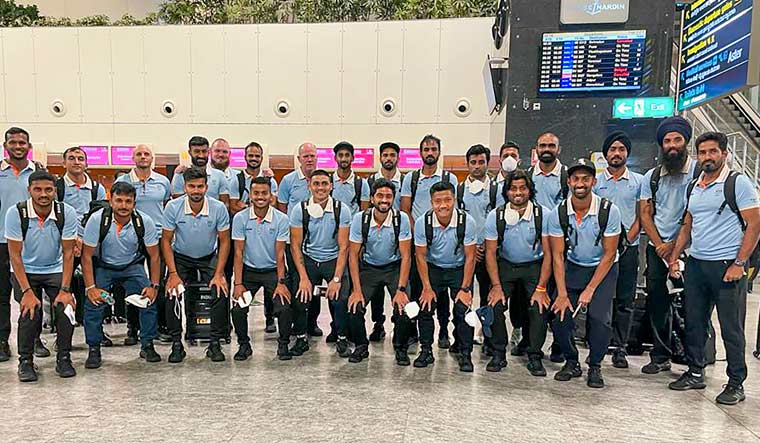 Having won gold medals at the Olympics, Asian Games, and the World Cup, it is an anomaly that Team India has not been able to taste success in the Commonwealth Games till date. The Men in Blue came close in the 2010 and 2014 editions, but lost to eventual champions Australia both times in the finals. Can they change the script this time in Birmingham?

It is certainly a tough challenge—India has the likes of Australia, New Zealand and England to overcome to finish at the podium. That certainly isn't an easy task, but

coach Graham Reid's boys are on a road to resurgence. Having won the bronze medal at Tokyo Olympics in 2021 – an Olympic medal after 40 years—the team is bullish about upping its performances in Birmingham at the CWG, starting this week.

With no Asian Games or FIH Hockey World Cup to worry about in the same year, the focus will entirely be on doing well at the CWG. Also, the fact that the team had tough outings against the likes of Belgium and Netherlands in the FIH Pro League earlier this year have helped the boys in gaining crucial experience. Said P.R. Sreejesh , India's senior-most player and goal keeper, “Going into the competition after matches against top ranked teams like Holland and Belgium give us a lot of confidence. If you look at the team, are there a lot of youngsters, and they got the experience of playing against top teams. That will be added booster for us.” India came third in the Pro League.

Placed in Group B alongside England, Canada, Wales and Ghana, the team may be in a more comfortable position as team A has tougher teams like Australia, New Zealand, South Africa, Pakistan and Scotland.

However, the team goes into the contest with the baggage of never having been CWG champions. Speaking about the pressure of winning gold at CWG 2022, skipper Manpreet Singh said, “One should not underestimate any team in events like Olympics or CWG. Every team comes to give their best in these events. We need to study opponents well and give our best in every match.”

He, however, prefers to look at the brighter side of going in as Olympic medalists. “True that there is an increased expectation after winning the Olympics, but we are not taking it as pressure. We are instead trying to enjoy it. Now more people are following hockey, our performance in Pro League was good, we gave a good fight to top teams, learnt a lot, and got a lot of confidence. We got new talents too, like Abhishek and Jugraj. It's a chance to showcase this in CWG.”

Sreejesh brushed aside the fact that India has not been champions at CWG yet and said, “CWG happens once in five years. It will be new tournament, there have been lot of changes in team. The way we have prepared, I think we will come up with a better performance. Tokyo gave us experience to face with pressure. Playing in the semi-finals of the Olympic Games, in a bronze medal match was the highest pressure once can face, that experience will help us here. CWG won't be that huge a pressure as Olympics.”

The Indian skipper, meanwhile, said the team had worked on its fitness and defence in the one month it got between its Pro League matches and CWG. “In CWG, we will be facing strong teams like Australia and New Zealand. So, the stronger our defence, the easier it will be for us to hurt the opposition. We will look not to give any chances to Australia easily.”