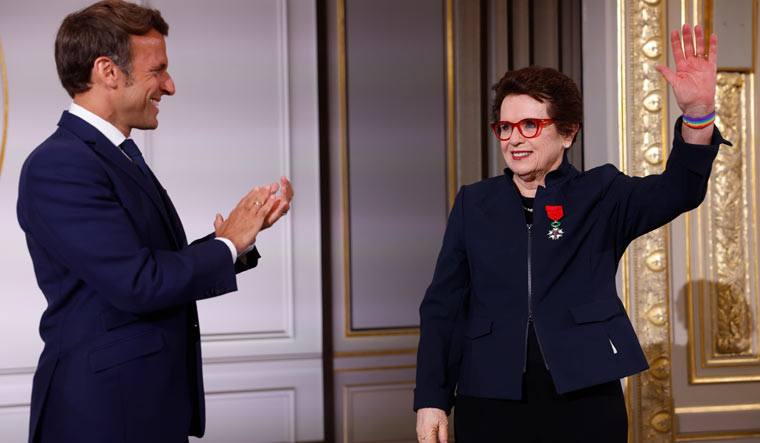 Tennis Hall of Famer and equal rights advocate Billie Jean King thinks the French Open should have scheduled more women's matches for the Grand Slam tournament's high-attention night sessions both out of fairness and because that's the best way to bring more attention to the players.

King also said at a news conference on Saturday at Roland Garros that she thinks new tournament director Amelie Mauresmo will change that for 2023.

Only one of the 10 night sessions during this year's tournament featured women.

When Mauresmo was asked about that on Wednesday, she said it's because men's tennis has more appeal at the moment and it was hard for her to find star players or high-wattage match-ups in the women's draw to spotlight.

“It will stay that way if we don't have more matches, that's for sure,” King said.

“You've got to put them when it's prime time, and you have got to figure it out, and you want to give equal opportunity to both genders. Always. You always want to make sure you do the right thing by each person,” she said.

“They should have the same amount of women's matches as they do men's.”

The 78-year-old American was elected to the International Tennis Hall of Fame in 1987 for a playing career that included time at No. 1 in the rankings and 39 Grand Slam titles, including 12 in singles. She was inducted again last year along with the other members of the Original 9 who laid the groundwork for the women's professional tennis tour in the 1970s.

On Friday, King received France's highest civilian honour, the Legion of Honor, during a ceremony at the presidential Elysee Palace at the invitation of French President Emmanuel Macron. She was recognised for her contributions to women's sports, gender equality and the rights of LGBTQ people.

During a ceremony at Roland Garros between the women's semifinals on Thursday, King was honoured by the French Tennis Federation for her playing career and her advocacy work. It is the 50th anniversary of her 1972 championship at the French Open.