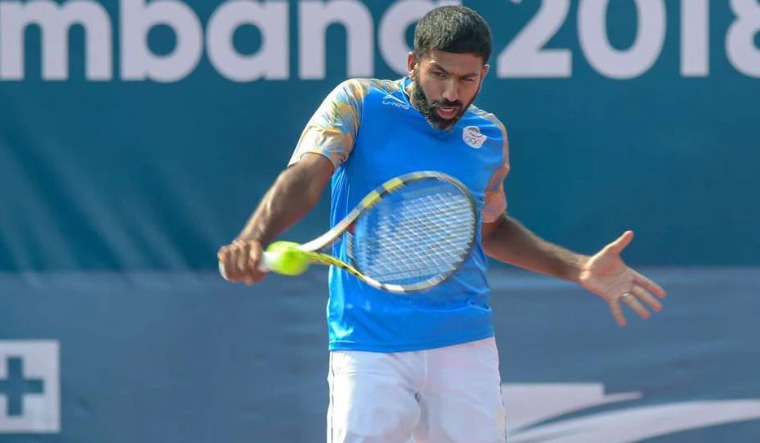 India's Rohan Bopanna and his Dutch partner Matwe Middelkoop marched into the pre-quarterfinals of the French Open men's doubles event with a straight set win over Andrey Golubev and Fabrice Martin on Thursday.

Bopanna and Middelkoop won the second round with a 6-3 6-4 scoreline against their opponents in one hour and six minutes.

The Indo-Dutch combo, seeded 16th, broke the from Kazakhstan-French pair at 4-4 in the second set and then Middelkoop served out the match at love.

Later in the day, Ramkumar Ramanathan and Sania Mirza will be in action in their respective doubles events.