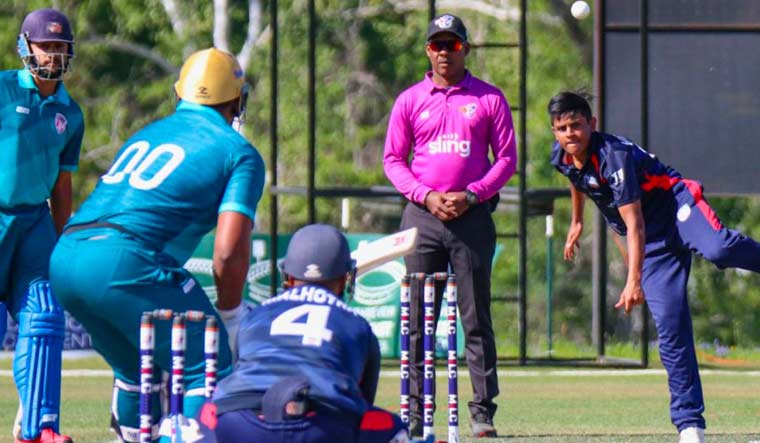 In a significant push to popularise cricket in the US, $120 million funding has been secured from prominent Indian-American business leaders, including Microsoft CEO Satya Nadella and Adobe CEO Shantanu Narayen, to launch the first professional T20 league in the US.

Major League Cricket (MLC), the first professional Twenty20 Cricket League in the US, announced on Thursday that it has completed an initial close of a $44 million Series A and A1 fundraising round led by a group of America's leading business leaders.

It said that with an additional commitment of $76 million in further fundraising over the next 12 months in place, MLC plans to deploy more than $120 million to launch the country's first-ever professional T20 league.

The investor groups for the Series A and A1 fundraising round, which includes MLC's seed funding round, were led by Nadella among others.

This investor group comprises leading business executives and successful tech entrepreneurs who have led some of the world's most prominent companies. “They bring tremendous experience and expertise in support of MLC's plans to launch a transformative Twenty20 league and establish the US as one of the world's leading homes for international cricket events,” they said.

Nadella has said that growing up in India, cricket was one of his “passions” and “playing cricket taught me more about working in teams and leadership that has stayed with me throughout my career”.

He played cricket competitively as a member of his school's team and has said that he enjoys watching Test cricket, which is the longest form of any sport in the world.

MLC said that the $120 million investment will primarily be dedicated to building premier cricket-specific stadia and training centres to develop a new generation of American star cricketers.

MLC, which is exclusively sanctioned by USA Cricket, represents the most ambitious and transformational venture ever undertaken in the US cricket landscape.

Focused on staging world-class Twenty20 cricket for American cricket fans, MLC will feature top players from around the globe and provide a stage for domestic cricketers to showcase their talents to a global audience.

As the ICC's member body for the US, USA Cricket has selected MLC as its exclusive partner for the development of the planned T20 league.

MLC will also provide support for both the USA's Men's and Women's teams, with the goal of elevating them to the highest level of international competition. In 2024, the US will co-host the ICC Men's T20 World Cup alongside the West Indies.