Jadeja and Samson, too, made useful contributions with the bat 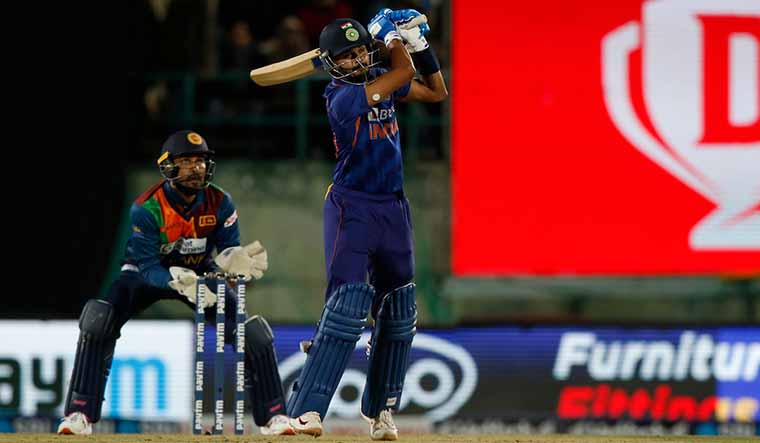 The in-form Shreyas Iyer continued to impress with his dazzling strokeplay as his unbeaten 44-ball 74 powered India to a series-clinching seven-wicket victory over Sri Lanka in the second T20 International on a chilly Saturday evening in Dharamsala.

Ravindra Jadeja blasted 45 off 18 balls as India chased down the target of 184 with 17 deliveries to spare and register their 11th straight win in the format.

India were dealt a massive blow early on as they lost their captain Rohit Sharma for one in the final ball of the first over, the successful bowler being Dushmantha Chameera.

Rohit was out bowled after Chameera delivered a short-of-a-good length ball that was angling back into the right-hander.

It was the ideal start for the visitors who enjoyed the cushion of defending a big total. They were rejoicing soon as Ishan Kishan (16) got out to Lahiru Kumara, the soft dismissal meaning India were reduced to 44 for two in the sixth over.

At the same time, the early departure of the openers provided a perfect opportunity for the likes of Iyer to make a big score, and he did make it count by playing a fine knock that was laced with four sixes and six fours.

The talented Samson, too, made use of the chance but got out after making a brisk 39 off 25 balls while adding 84 vital runs for the third wicket with Iyer, a partnership that not only steadied India's innings but also brought them right back into the contest.

Samson struck three sixes and two fours during his entertaining stay in the middle.

Jadeja then smashed seven fours and a six.

Earlier, skipper Dasun Shanaka blazed away to an unbeaten 47 off a mere 19 balls after opener Pathum Nissanka top-scored with a 53-ball 75 as Sri Lanka set the hosts a stiff target.

Having got himself in after his opening partner Danushka Gunathilaka (38 off 29 balls) laid the foundation, Nissanka cut loose and struck his runs at over 140. He found the fence 11 times until Bhuvneshwar Kumar got him on the final ball of the penultimate over.

However, Sri Lanka wouldn't have got to what they eventually managed had it not been for Shanaka's five massive sixes and two fours.