India Open: Two players withdrawn due to COVID; Yang pulls out, too

Brian Yang complained of 'sore throat and bit of a headache' 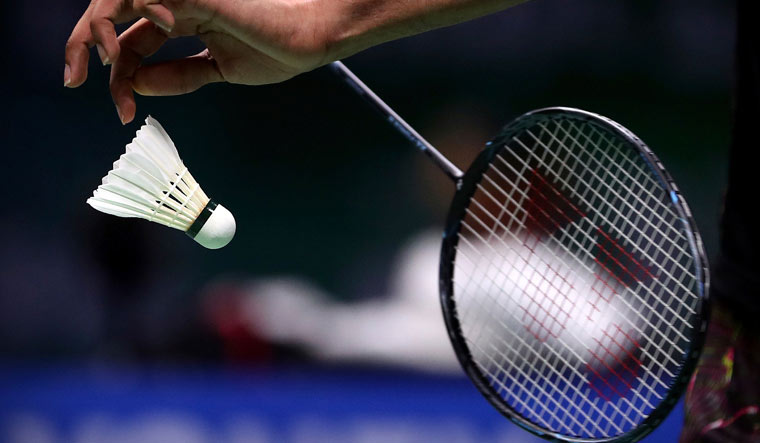 The COVID-19 pandemic continued to take a toll on the Yonex-Sunrise India Open badminton tournament with two players being withdrawn from the main draw ahead of their mixed doubles semifinal clash here on Saturday.

Second-seeded Russian mixed doubles player Rodion Alimov tested positive for the virus and was withdrawn from the $400,000 tournament.

His mixed doubles partner Alina Davletova was also withdrawn after being identified as a close contact.

Indonesian pair of Yong Kai Terry Hee and Wei Han Tan thus made it to the mixed doubles final after getting a walkover.

"Badminton World Federation (BWF) can confirm that one player from the current draw has tested positive for COVID-19 and has been withdrawn from the YONEX-SUNRISE India Open 2022," the world's governing body BWF said in a statement.

"The player returned a positive result to a mandatory RT-PCR test conducted on Friday. His doubles partner has been identified as a close contact and has also been withdrawn from the tournament. Their opponents will be given a walkover to the final."

Meanwhile, world champion Loh Kean Yew made it to the men's singles finals without breaking a sweat after his semifinal opponent, Brian Yang, pulled out of the tournament after complaining of "sore throat and bit of a headache".

"Brian Yang said he is not feeling well and hence he has withdrawn," Badminton Association of India (BAI) said.

"Yang though has tested negative for COVID -19. Loh Kean Yew therefore is through to the finals."

Russian women's doubles pairing of Ekaterina Malkova and Anastasiia Shapovalova also withdrew from the season's first event after the former developed back pain.

On Wednesday, as many as seven Indian shuttlers, including reigning world championship silver medallist Kidambi Srikanth, were withdrawn from the event after testing positive for the virus.

Earlier, India's B Sai Praneeth, the 2019 world championship bronze medallist, double specialists Manu Attri and Dhruv Rawat had tested positive and had pulled out before the start of the tournament.

The entire England badminton contingent had also withdrawn ahead of the Super 500 event after the country's doubles specialist Sean Vendy and coach Nathan Robertson tested positive for the virus.

Organised by the Badminton Association of India, the 2022 edition of the India Open is being held behind closed doors at the Indira Gandhi Stadium's KD Jadhav Indoor Hall.

As per the COVID-19 protocols, all the participating players are being tested every day at the hotel and outside the stadium.