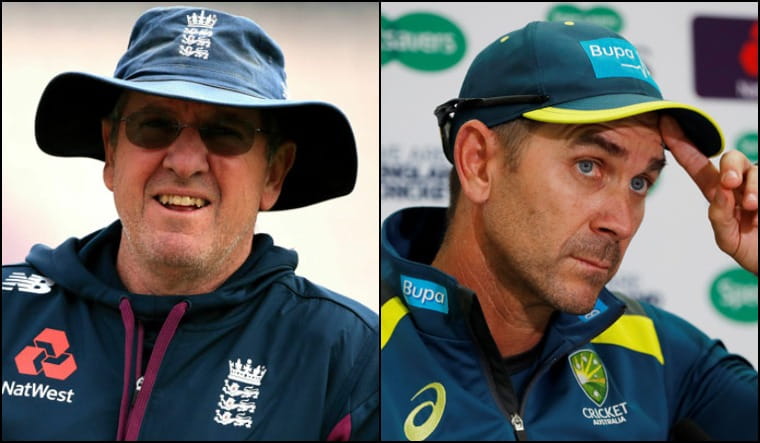 Justin Langer has been fairly successful as head coach of the Australian national cricket team. But despite the recent T20 World Cup victory and the unassailable 3-0 lead in the ongoing Ashes series, Langer’s hold on the dressing room has waned over the last year.

With his current contract as coach set to expire in June 2022, chances of him getting an extension are looking dim.

There were reports that his “intense and volatile” methods during India’s tour Down Under did not go well with the players.

The Sydney Morning Herald reported last January that Langer’s style of coaching and “micro-management” left some players unhappy and they are “drained by his intensity and mood swings”. The newspaper cited unnamed sources that said there was a rift between the coach and players following the home team’s 2-1 defeat in the Test series against India.

Cricket Australia had to intervene. The board later released a statement saying they backed the coach.

The former batsman was roped in following the "sandpaper-gate" controversy in 2018, to infuse new values into the side and tide over a difficult period.

Langer’s predecessor Darren Lehmann told Fox Sports that coaching all three formats for over four years is a tall task.

“Knowing Justin, he won’t want to step aside. But he should or he will burn out,” said Lehmann.

“If I were him, I’d walk away actually. Four years, out on a high. Perfect…. He could coach one format but all three is a lot to take on. JL knows my thoughts on that. I’ve spoken to him about it.”

Though Langer, 51, expressed his desire to continue as head coach, Test captain Pat Cummins declined to comment when asked about it recently.

According to The Guardian, former England head coach Trevor Bayliss is the favourite to replace Langer at the end of his term.

The more experienced Bayliss is assumed to be the ideal replacement given his reputation of giving players the freedom to make decisions.

The 59-year-old is popular among the players from New South Wales for his successful stint as coach of the state team. He has known Cummins since his teenage years.

His recent stint with Sunrisers Hyderabad was the only blot on his career as the team endured a disastrous 2021 season, and Bayliss was also part of the management that removed David Warner from captaincy and later from the squad entirely.

His personal equation with Warner is unknown as the latter is a crucial member of the Australian side in all three formats. Bayliss parted ways with SRH shortly after the retained players were announced last month, in which Warner was not included.

Last June, when asked by the Sydney Morning Herald about his coaching roles at T20 franchise teams, Bayliss said: “The only full-time job I’d contemplate in the future if it came up would be the Australian job. But I’m very happy coaching two or three of the franchise teams around the world.”

It is reported that Cricket Australia will begin discussions on Langer’s future after the ongoing Ashes series.