The tournament was cancelled twice due to the pandemic 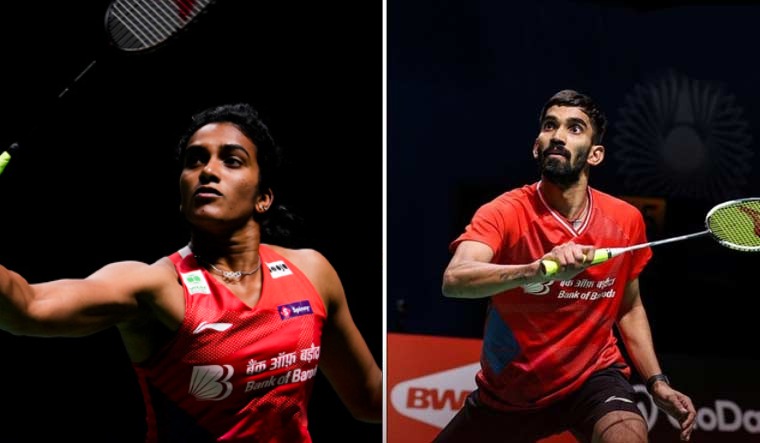 Star Indian shuttlers P.V. Sindhu and Kidambi Srikanth will look to carry the momentum from last season and make winning starts to the new year when they begin their campaign at the India Open, which returns after being cancelled twice due to the COVID-19 pandemic.

A lot of ranking points will be up for grabs at the $400,000 Super 500 tournament which is being held in the looming shadows of a raging third wave of the pandemic in the country with cases rising at a rapid speed, fuelled by the new Omicorn variant.

Top shuttler B. Sai Praneeth and doubles player Dhruv Rawat have already pulled out after testing positive in the pre-departure testing. A few other Indians are awaiting results of their RT-PCR tests after turning positive the first time and might also miss out in case of positive results again.

The actual picture regarding the list of players competing will only emerge after the manager's meeting later in the day.

The spectre of COVID, however, hasn't stopped the top Indian and foreign players to descend to the national capital.

Besides Sindhu and Srikanth, many top players such as newly-crowned world champion Loh Kean Yew, three-time world champion Indonesian duo of Mohammad Ahsan and Hendra Setiawan, top Malaysians Ong Yew Sin and Teo Ee Yi will also be in action at the event which will take place behind closed doors at the Indira Gandhi stadium here.

Among Indians, all eyes will be on two-time Olympic medallist Sindhu and world championships silver and bronze medallists Srikanth and Lakshya Sen, respectively, to deliver the goods at the country's flagship event.

Sindhu embarked on a consistent run last season as she claimed a second Olympic medal and also secured a silver at World Tour Final besides making the final at the Swiss Open and a few semifinal finishes but a title eluded her.

The 26-year-old from Hyderabad, whose last title was the 2019 world championships, will be itching to regain the India Open title which she had first captured five years back in 2017.

Sindhu will begin her campaign against compatriot Sri Krishna Priya Kudaravalli, while Russian fifth seed Evgeniya Kosetskaya could be her opponent in the last-8 stage.

Two-time champion Saina Nehwal, Thailand's Busanan Ongbamrungphan and Singapore's up and coming Jia Min Yeo are the other top shuttlers in women's singles.

The London Olympics bronze medallist and fourth seed Nehwal, who endured a tough year plagued with multiple injuries, is likely to square off against seventh seed Iris Wang of USA in the quarterꪪfinals and second seed Ongbamrungphan in the semifinals.

In men's singles, Srikanth will begin his campaign against compatriot Siril Verma and might clash with Singapore's Loh Kean Yew in the semifinals in a rematch of their world championships final after being drawn in the same half.

The in-form Sen will start his campaign against Adham Elgamal of Egypt and could face compatriot and world championships quarter-finalist HS Prannoy in the quarterfinals.

Prannoy, who is making a comeback after battling post-COVID after-effects, is set to kickstart his challenge against Spaniard Pablo Abian. Sixth seed Sameer Verma, who had suffered a calf muscle injury in Denmark, will also look to go deep into the draw after starting his campaign against his elder brother Sourabh.

The tournament has lost some sheen with the withdrawals of players from France, Russia and Canada and England, who pulled out after doubles specialist Sean Vendy and coach Nathan Robertson tested positive before departing for Delhi on Friday.

As part of its COVID-19 protocols, the Badminton Association of India (BAI) has made it mandatory for all the players as well as tournament, match officials, BWF and BAI officials, support staff, vendors and others involved to go through a mandatory COVID testing each day outside the stadium before being allowed entry inside the venue.