Christian Eriksen keen to play at 2022 World Cup, says he is in 'top shape' 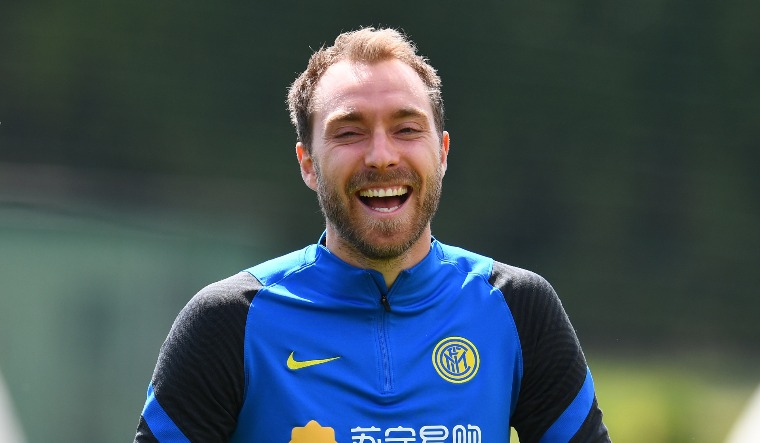 Danish midfielder Christian Eriksen, who suffered a cardiac arrest while playing at the Euro 2020, has said he wants to make a comeback to the national team squad at the 2022 Qatar World Cup in November.

The 29-year-old has not played professional football since the incident in June. Unable to play in Italy due to being fitted with an implantable cardioverter-defibrillator, the playmaker's contract with Inter Milan was terminated by mutual agreement last month.

Eriksen spoke to Danish broadcaster DR, admitting that his selection is not guaranteed but he feels he is back in “top shape”.

“[The World Cup has] been my goal and it's still some time away, so until then I'm just going to play football and prove that I'm back at the same level.”

It’s been a while.
I hope this video explains how I feel towards all the messages, letters, mails, flowers, thoughts and everything else I’ve got!
Thank you for all the ❤️ pic.twitter.com/0uvmvsn5D8

Eriksen, who won the Serie A title with Inter last season, has resumed training in recent weeks but is without a club. He is training alone in Denmark.

His agent told BBC that a return to England “would absolutely feel like coming home”. The attacking midfielder was a star at Tottenham Hotspur for seven years before he left for Italy in 2020.

At the Euro 2020, Eriksen had suffered a cardiac arrest during his team’s opening match against Finland. Play was halted and he had to receive life-saving treatment. His recovery was quick but his return to competitive football has been put off until his doctors give him the green signal.