He was riding with his son Jackson, who escaped unhurt 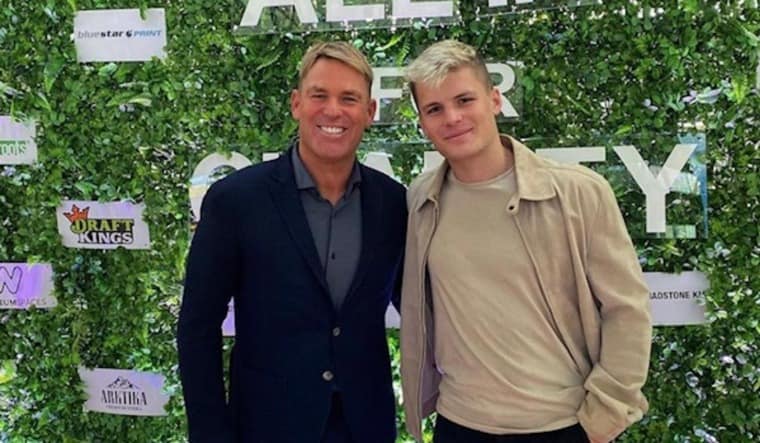 Australian spin legend Shane Warne injured himself in a motorbike accident on Sunday. Warne was riding his bike with his son, Jackson, in Melbourne when he lost control and both of them went sliding for 15 metres.

Though they haven’t suffered any major injuries, Warne may have injured his foot and hip. Jackson escaped unhurt and after ensuring his father received treatment, the two returned home.

But Australia’s all-time leading wicket-taker reportedly woke up this morning in pain and was taken to a hospital to get his foot and hip checked.

“I’m a bit battered and bruised and very sore,” the 52-year-old told NewsCorp.

Warne and Jackson had taken the bike out for a long ride and was returning it to the garage where he stores the bike.

“I went through the gates, came up around the hill around a corner and I just turned the handlebars a bit too sharp and they locked up and I slid along and landed on my hip and it’s a 300kg bike, which landed on my ankle,” said Warne.

Despite the accident, Warne said he is expecting to join the broadcasting team for the Ashes that begins on December 8.