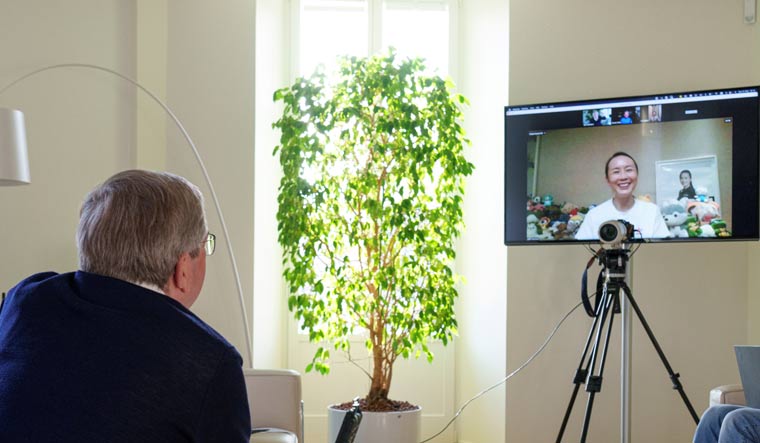 The Women's Tennis Association has said that concerns for the wellbeing of Chinese tennis player Peng Shuai remain despite her video call with Thomas Bach, president of the International Olympic Committee.

“It was good to see Peng Shuai in recent videos, but they don’t alleviate or address the WTA’s concern about her wellbeing and ability to communicate without censorship or coercion,” said a WTA statement.

It went on to add that the video does not change the tennis body's call for a full, fair and transparent investigation into her allegation of sexual assault.

Peng has not been seen publicly since she posted on Chinese social media site Weibo that former vice-premier Zhang Gaoli had coerced her into sex and they then had a brief affair.

The post was taken down half an hour later but screenshots of it had already gone viral by then on private chat groups. Reactions and subsequent references to the post have been wiped out of China’s tightly controlled internet.

This resulted in outrage across the world, with the UN, the US, the World Tennis Association (WTA), and fellow athletes like Novak Djokovic and Serena Williams all expressing concern over the turn of events.

A statement from IOC went: "She explained that she is safe and well, living at her home in Beijing, but would like to have her privacy respected at this time. That is why she prefers to spend her time with friends and family right now. Nevertheless, she will continue to be involved in tennis, the sport she loves so much."

According to the BBC, sporting rights organisation Global Athlete criticised the IOC's "nonchalant" approach to Peng's disappearance and accused it of displaying "an abhorrent indifference to sexual violence and the well-being of female athletes".

“The release pretends that Peng never made sexual assault allegations and has not been missing for more than two weeks. The statements make the IOC complicit in the Chinese authority's malicious propaganda and lack of care for basic human rights and justice.”