U-23 WC bronze-medallist Nisha Dahiya clarifies she is alive

A woman wrestler shot dead in Haryana was her namesake, which led to the confusion 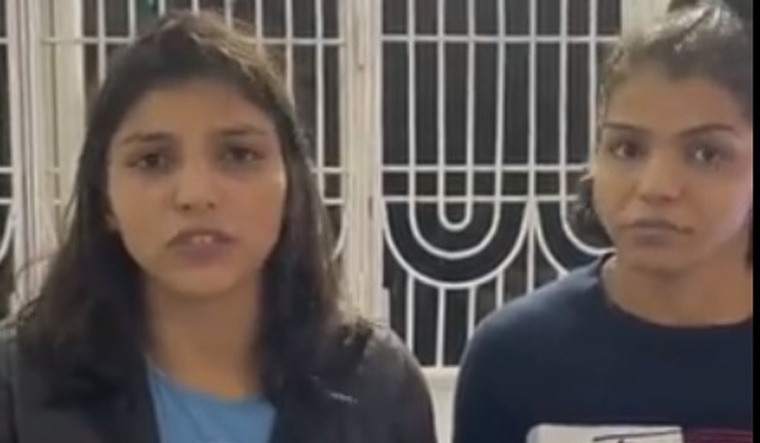 Nisha Dahiya (left) along with Sakshi Malik | via Twitter

Under-23 world championship bronze-medallist Nisha Dahiya took to social media to clarify that she was alive, contrary to some media reports that she and her brother were shot dead in Sonepat, Haryana.

The Sports Authority of India, too, shared the video which was put up by Dahiya and fellow wrestler and Olympics bronze medallist Sakshi Malik, where the former also said that she is in Gonda, Uttar Pradesh to compete in National Championships.

Malik, a close friend of Dahiya, also tweeted a photo with her and said, "She is alive."

An upcoming wrestler by the same name, and her brother were shot dead by unknown assailants at the Sushil Kumar Wrestling Academy in Sonepat's Halalpur. The murdered woman's identity became a cause of confusion as several reports mistook her for under-23 world championship bronze-medallist.

The duo's mother also sustained injuries in the firing, and has been admitted at the PGIMS hospital in Rohtak, police said.

Police suspect that a coach of the academy could be behind the crime. Five to six rounds were fired and investigation is underway.