Thanks to the 3-2 victory, the world champions will meet Spain in the final 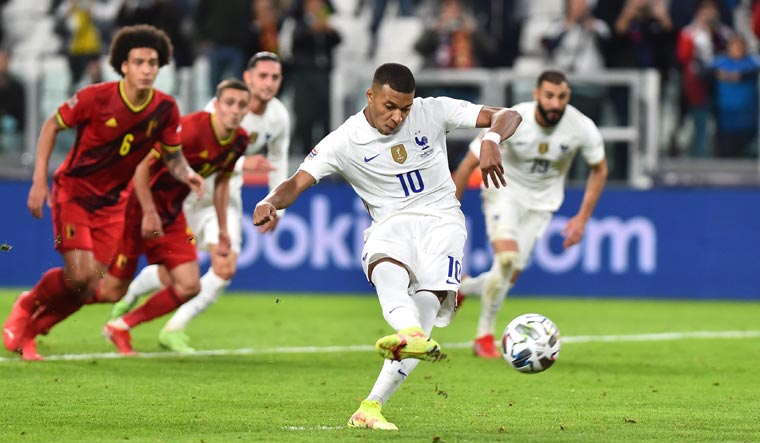 World champions France came from behind to beat Belgium 3-2 in the UEFA Nations League semifinal thanks to three second-half goals from Karim Benzema, Kylian Mbappe and Theo Hernandez.

Belgium had scored both their goals in the first half in the space of four minutes, stunning France and going into the half time with a commanding lead.

Yannick Carrasco and Romelu Lukaku scored stunning goals for the Red Devils, who are currently ranked number one in the world, close to half time.

Real Madrid's Karim Benzema continued his red-hot form in front of goal with a turn and finish into the bottom corner 17 minutes into the second half.

Around the 68th minute, Antoine Griezmann was tripped inside the penalty box, and the spot kick was confidently converted by Kylian Mbappe.

With the scores level, plenty of drama ensued in the last few minutes of the game.

Lukaku had a goal disallowed for being offside and Paul Pogba rattled the bar with a free-kick, but it was AC Milan's Theo Hernandez who provided the final twist in the tale.

Hernandez slammed the ball from the edge of the box into the top corner of the goal, ensuring a famous win for the French national team.

The two sides had last met in the semfinal of the World Cup in 2018 when the eventual champions won by a solitary goal.

This win takes France into the Nations League final, where the team will meet a resurgent Spain side.

The final will be played at Milan's San Siro stadium on Sunday night.