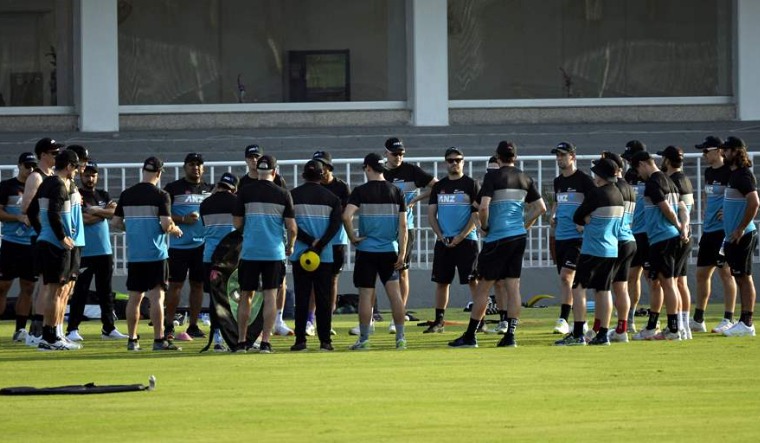 New Zealand players shouldn't be blamed for the cancellation of the tour of Pakistan as they were just following the advice of their government, said Kiwi pacer Mitchell McClenaghan.

The 35-year-old pacer was reacting to a sarcastic tweet by batsman Mohammed Hafeez on Saturday on eve of the departure of the New Zealand team from Pakistan.

"Come now bro. This has a bad taste to it… Don't blame the players or the organisation… blame our government. They have only acted on the advice they have received. I'm absolutely certain these young men—all wanting to prove themselves wanted to play. they had no choice," McClenaghan wrote on his Twitter handle.

On Saturday, Hafeez had taken a dig at New Zealand Cricket (NZC) for calling off their tour of Pakistan citing security threats.

"Thanks to the secutity of pakistan forces to make arrangements to @BLACKCAPS to reach at airport Safe & Sound. Wonder same route & same security but no threat today???," Hafeez had tweeted.

NZC chief executive David White said "What I can say is that we were advised this was a specific and credible threat against the team. We had several conversations with New Zealand government officials before making the decision and it was after informing the PCB of our position that we understand a telephone discussion was conducted between the respective prime ministers. Unfortunately, given the advice we'd received, there was no way we could stay in the country."

New Zealand had arrived in Pakistan on September 11 for a white-ball series after 18 years and were scheduled to play three ODIs and five T20 Internationals.

But New Zealand Cricket (NZC) called off the series abruptly on Friday just before the first One-Day International at the Rawalpindi stadium, citing they had received a serious security threat.