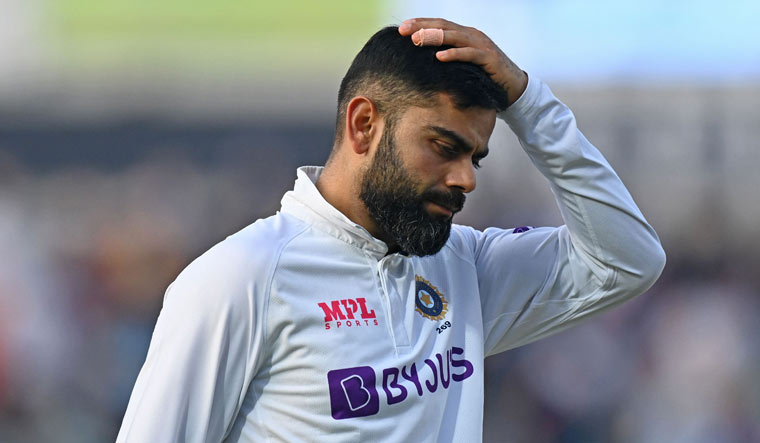 The cancellation of the fifth and final Test between India and England in Manchester today over COVID-19 concerns, has sparked off a debate among cricket fans on social media.

Assistant physio Yogesh Parmar's positive COVID-19 test on Thursday had cast a shadow on the Test match yesterday. But the Indian players tested negative for COVID-19 later in the day, raising hopes of the match going ahead as scheduled.

However, today, the The Board of Control for Cricket in India (BCCI) along with the England and Wales Cricket Board (ECB) jointly decided to call off the fifth Test.

“The BCCI and ECB held several rounds of discussion to find a way to play the Test Match, however, the outbreak of Covid-19 in the Indian team contingent forced the decision of calling off the Old Trafford Test Match,” the Indian Board said in a statement.

“In lieu of the strong relationship between BCCI and ECB, the BCCI has offered to ECB a rescheduling of the cancelled Test match. Both the Boards will work towards finding a window to reschedule this Test match,” the statement added.

India's head coach Ravi Shastri and three other support staff members were the first to test positive and are isolating in London.

What ECB said after the cancellation

A "gutted" ECB CEO Tom Harrison said it was the Indian players' anxiety over "what might happen" and not the COVID-19 outbreak itself that caused the cancellation of the fifth and final Test, though all efforts were made to comfort the visitors.

"It's a really sad day, my heart goes out to fans. We are absolutely gutted. Internationally this game gets astronomical audience. It became clear yesterday around lunch time that there was a problem in terms of the anxiety level in the Indian team,” Harrison said.

"It wasn't an outbreak of COVID, it was a perception of what might happen post the physio testing positive. Over the course of the day, we tried to give as many different assurances that we could to give comfort to the players.”

He said "medical people who understand this virus" were brought in to talk to the players on Thursday but they were clear about not playing the match.

Harrison said the Indian players' concern was positive tests during the match, which would have led to longer quarantine in England and possible loss of game time at the IPL, starting September 19 in the UAE.

The Indian players had tested negative for the virus on Thursday but the 96-hour incubation period also factored in, they didn't want to risk returning positive and ending in 10-day quarantine, according to BCCI sources.

It could also have meant a 10-day isolation for some of the players, who play in the IPL.

The chances of the IPL's schedule going haywire were also taken into account as broadcasters and franchises wouldn't have taken the delay lightly.

Also, the Indian and English players were supposed to fly to the UAE together in a charter flight. So, deferring the game by a day or two would have caused logistical issues.

On social media, fans are now discussing whether the Indian players, who are concerned now about the COVID-19 outbreak, will be fine with taking part in the IPL, which is just over a week away.

The COVID-19 outbreak in the Indian camp, and the consequent cancellation of the final Test, have led to questions being raised over head coach Shastri's book launch event in London where health safety protocols went for a toss.

It was after that book release event at a five-star facility ahead of the fourth Test that Shastri, along with bowling coach Bharat Arun, fielding coach R. Sridhar and physio Nitin Patel tested positive. All of them were fully vaccinated.

Indian captain Virat Kohli and his teammates were present at the function where outside guests were also allowed and most of them were unmasked owing to relaxation of rules across the United Kingdom.

It is learnt that neither Shastri nor Kohli took any written permission from the BCCI on attending the function at the team hotel.

So, the question that is now being asked in the BCCI corridors is whether secretary Jay Shah's letter asking the team to avoid crowds after Rishabh Pant tested positive during the break after the World Test Championship final, was at all taken seriously? Shah had asked the players not to attend crowded events like the Wimbledon and the European Cup football, where some of the members of the contingent were seen.

What about the ongoing Test series?

As of now, India are 2-1 ahead and have not been officially declared winners of the series simply because there is a chance of the fifth Test being played during the window in July next year when the team visits for a six-match white-ball series.