Bhavina talks with immense pride about the support of her family 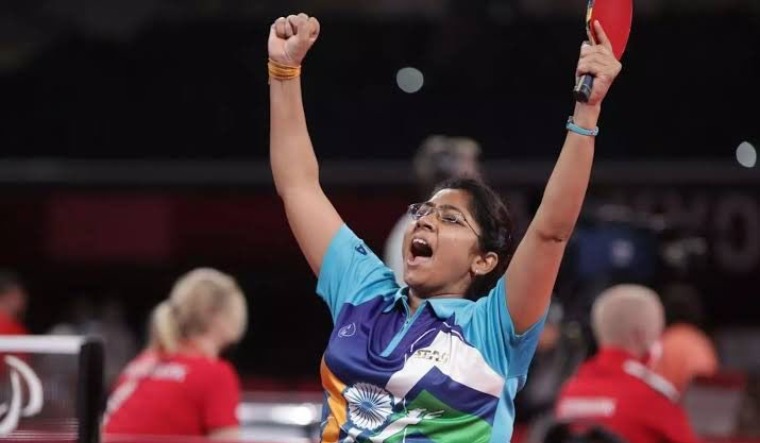 On Sunday, which is celebrated as National Sports Day, Bhavina Patel from Gujarat created history as she won a silver medal for India in table tennis category 4 at the Paralympics in Tokyo. She may have missed the gold, but the loss in the final has not deterred her confidence.

The sense of pride of having created history by becoming the first sportsperson to have won a medal in Paralympics in table tennis for the country reflected in her voice.

Commenting on what could have gone wrong in the gold medal match, Bhavina said, “My opponent was strong. Her movement was better. Her control over the ball was better.” The 34-year-old player said that for her the final was a learning experience and she would focus on the aspects in which her opponent was strong.

Bhavina, who looks up to Sachin Tendulkar as a role model, gives all the credit of where she stands today to her parents, husband, family members, coach Lalan Doshi and different sports associations that have helped her. Her list for giving thanks is long.

In her message through THE WEEK for those with any form of disability, whether playing sports or not, Bhavina said that nothing is impossible if you do anything with dedication and confidence. “Just keep your confidence high. This is what I have been doing,” she remarked.

She talks with immense pride about the support her family and especially her father, Hasmukhbhai, had given to her. “Before any tournament, my father tells me that I will win. This helps in keeping my confidence high,” said Bhavina.

Prime Minister Narendra Modi was quick to congratulate Bhavina. In his message, Modi said that Bhavina has scripted history. He further said that her life journey is motivating and will also draw more youngsters towards sports.

The Blind People’s Association, where Bhavina trained, said that it is a matter of great pride that a student of the association has created history by winning a silver medal in her debut at Paralympics.

Starting her game as a student of special ITI run by BPA, the turning point for Bhavina came when she won a gold medal at national para table tennis, said Bhushan Punani, general secretary of Blind People’s Association (India).

The BPA also thanked the donors, who have helped Bhavina and Sonal Patel, another paddler, to achieve this feat. Bhavina and Sonal will feature in the doubles that begin on August 31. Thanks to the donations, the paddlers had an international-standard table for practice.

Born in Sundhiya village of Mehsana district in north Gujarat, Bhavina was detected as having polio when she was just 12-month-old. However, backed by her parents, Bhavina studied in a normal school.