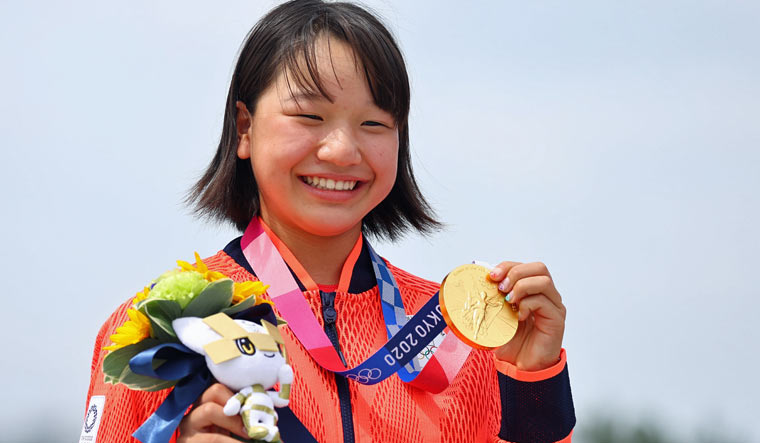 Japan's Momiji Nishiya made history as she won a gold in the first-ever women's Olympic street skateboarding competition on Monday at Ariake Urban Sports Park. The 13-year-old is also one of the youngest individuals to win a gold medal at the Olympics.

The men's skateboarding event was won by Yuto Horigome from Japan.

The title of the youngest individual to win gold is still held by Marjorie Gestring of the US, who at the age of 13 years and 268 days won the gold medal in 3-metre springboard diving at the 1936 Berlin Olympics. Nishiya is 13 years and 330 days old. Nishiya, however, is Japan's youngest gold medalist. The title of Japan's youngest gold medalist was held by Kyoko Iwasaki, who at the age of 14 won gold for swimming at the Barcelona Olympics in 1992.

The silver at the women's skateboarding event was won by Brazil's Rayssa Leal, 13. The bronze was won by 16-year-old Funa Nakayama, also from Japan. Skateboarding is one of the four sporting events making its debut with the Tokyo Olympics apart from surfing, sport climbing and karate.