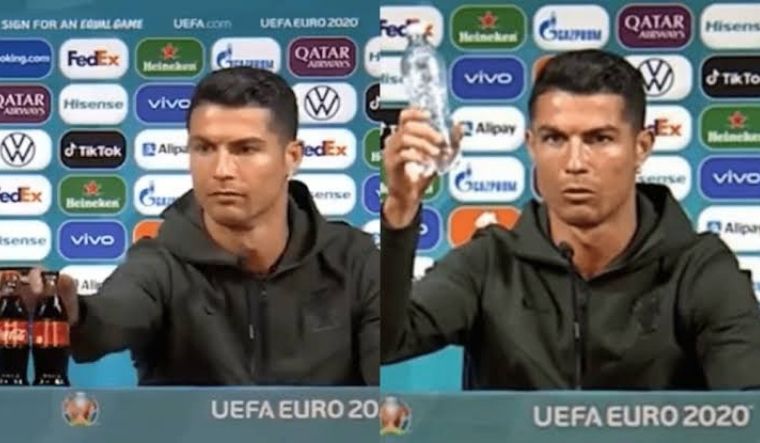 Footballer Cristiano Ronaldo's gesture at a pre-match press conference wiped off $4 billion from Coca-Cola's market capitalisation on Tuesday. Ronaldo was speaking at a press conference ahead of Portugal's Euro game against Hungary on Monday when two bottles of the soft drink were placed in front of his seat. Ronaldo removed the bottles aside and replaced it with a bottle of water, before shouting in Portuguese: ‘Agua!’

The video of the same went viral and soon, Coca-Cola’s stock prices dropped 1.6 per cent as they went from being worth $242 billion to $238 billion—a loss of $4 billion.

Coca-Cola, one of the official sponsors of Euro 2020, replied with a statement that said “everyone is entitled to their drink preferences” with different “tastes and needs”. A Euros spokesperson said: “Players are offered water, alongside Coca-Cola and Coca-Cola Zero Sugar, on arrival at our press conferences.”

The 36-year-old is known to avoid sugary foods and has an incredibly strict diet to help maintain his incredible physique.