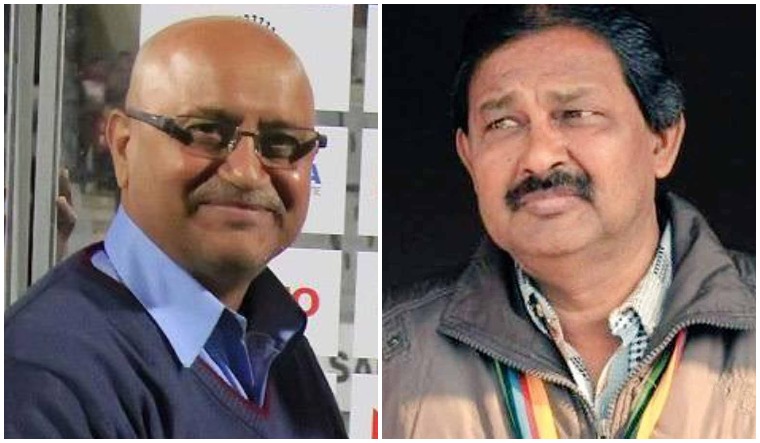 India on Saturday lost two of its most revered hockey stars, Ravinder Pal Singh and M.K. Kaushik, who were both members of the 1980 Moscow Olympics winning side, to COVID-19.

While the 60-year-old Singh succumbed to the dreaded disease in Lucknow on Saturday morning after battling for nearly two weeks, Kaushik died after failing to recover from the ailment.

Kaushik, who guided the Indian men's team to 1998 Asiad gold medal in Bangkok, was 66 and is survived by his son and wife.

He had tested positive for COVID-19 on April 17 and was admitted to a nursing home.

"He was put on ventilator this morning but passed away just now," Kaushik's son, Ehsan told PTI.

Kaushik had first developed symptoms last month but RTPCR and RAT tests returned negative. It was only after he went for a CT scan on chest on April 24 that he was detected with COVID pneumonia and was hospitalised.

Since then his condition was between, neither stable nor serious. His oxygen level dropped drastically at night in last few days.

"We are extremely saddened to hear the news of his passing and we extend our deepest condolences to Kaushik's family and friends. His contributions to Indian hockey is unmatched and he will be remembered in our hearts forever," Ningombam said in a release.

Kaushik's wife was also getting treatment at the same hospital after contracting the virus but she was recovering well.

He was awarded the Arjuna Award in 1998, before being bestowed with the Dronacharya award in 2002.

Earlier in the day, Singh died after spending two weeks at the Vivekananda Hospital in Lucknow.

According to family sources, Singh had recovered from the virus and was shifted to non-COVID ward on Thursday after testing negative.

But his condition suddenly deteriorated on Friday and he was put on a ventilator.

Singh, who also played at the 1984 Los Angeles Olympics, did not get married and is survived by a niece, Pragya Yadav.

Singh also played in the 1979 Junior World Cup and took voluntary retirement from State Bank of India after quitting hockey.

Besides two Olympics, Singh had also represented India in the Champions Trophy in Karachi (1980, 1983), Silver Jubilee 10-nation Cup in Hong Kong in 1983, 1982 World Cup in Mumbai and 1982 Asia Cup in Karachi, among other tournaments.

"Hockey India extends its deepest condolences to Ravinder Pal Singh's family. Ravinder made an immense contribution to Indian hockey and his achievements will always be remembered. May Ravinder's family and friends have the strength to pass through this difficult time," Ningombam said.

"I'm deeply saddened to learn that Shri Ravinder Pal Singh ji has lost the battle to Covid19. With his passing away India loses a golden member of the hockey team that won Gold in the 1980 Moscow Olympics. His contribution to Indian sports will always be remembered," he tweeted.

India is battling a devastating second wave of COVID-19 pandemic which is causing over 3,000 deaths every day.