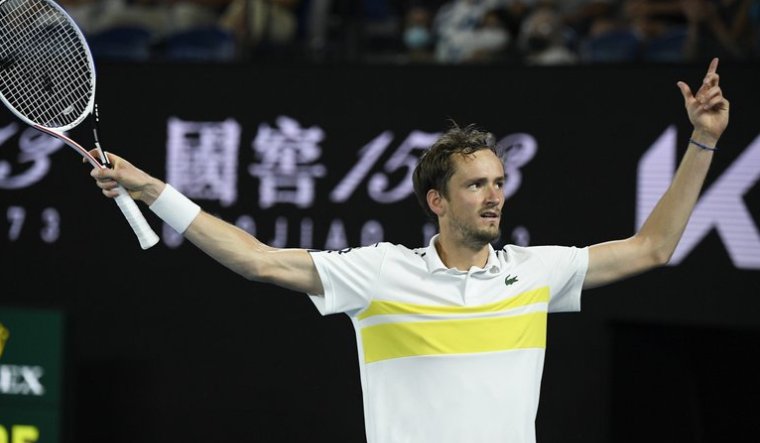 Tennis star Daniil Medvedev has tested positive for the coronavirus and withdrawn from the Monte-Carlo Masters, the Association of Tennis Professionals confirmed on Tuesday.

The 25-year-old is currently in isolation and his condition is being assessed by the tournament doctor and the ATP medical team, the tennis body said. A Reuters report said that the Monaco resident was allowed to reside at his home as per tournament protocols while other players are staying in strict bio-secure bubble accommodation.

“Following the return of a positive COVID-19 test result on April 12, 2021, World No. 2 Daniil Medvedev has been withdrawn from the Rolex Monte-Carlo Masters,” the ATP said in an official statement.

The ATP further said that Medvedev has been replaced in the singles second round (following a first-round Bye) and has been withdrawn from doubles competition as well.

Meanwhile, Medvedev said that his focus is on getting better and “getting back out” on the court.

“It’s a big disappointment not to play in Monte-Carlo. My focus is now on recovery and I look forward to getting back out on Tour as soon and as safely as possible,” the Russian said.

Medvedev practised with world number three and 11-time Monte Carlo champion Rafael Nadal on Monday. It is unclear if Nadal has been cleared to compete in the tournament.

The Monte-Carlo Masters is back on the calendar a year after tennis was disrupted by the COVID-19 pandemic. It was cancelled along with many other tournaments in 2020. The event will be held this time without spectators.

In March, Medvedev became the first player other than the ‘Big 4’ in the ATP top two since July 2005. Apart from Novak Djokovic and Nadal, only Roger Federer and Andy Murray have held the position in the last 15 years.

Medvedev reached the final of the Australian Open earlier this year, but lost 7-5, 6-2, 6-2 to world number one Djokovic, who won his 18th grand slam title.