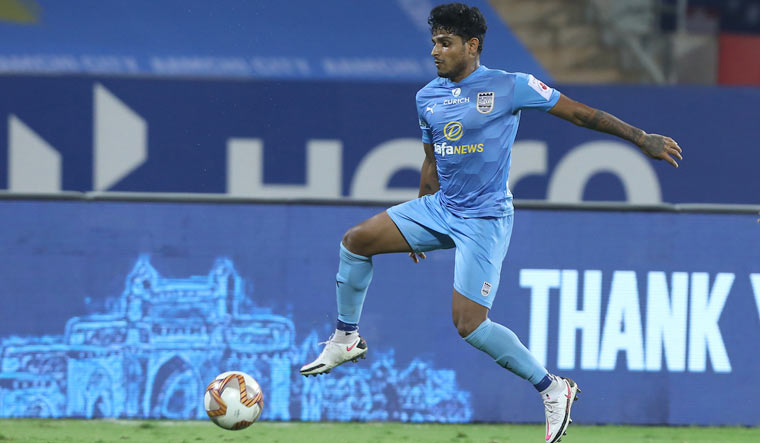 Mumbai City defender Amey Ranawade, who had to be rushed to the hospital off the field due to an injury during the ISL 2020-21 final against ATK Mohun Bagan FC, is learnt to be stable now but is still under observation.

The 23-year-old suffered a possible head injury after colliding with ATK Mohun Bagan's Subhasish Bose while going for a sliding tackle, in the stoppage time of the first half.

On-field medics rushed to his aid and the ambulance was called in as Ranawade seemed to have suffered a concussion. He was seen struggling to stand up without support. The players and support staff of both the teams were seen in shock as Ranawade was rushed off to the hospital soon after.

The official Twitter handle of the ISL posted an update later saying that the right-back was stable but was still under observation.

Update: News coming from the hospital is that Amey Ranawade is in a stable condition.

He is still under observation.

ATK Mohun Bagan and other franchises like FC Goa, and fans took to Twitter to wish him a speedy recovery.

Mumbai City FC overcame the loss of Ranawade to come from behind to beat the Kolkata side 2-1 in dramatic fashion to lift their maiden ISL title.