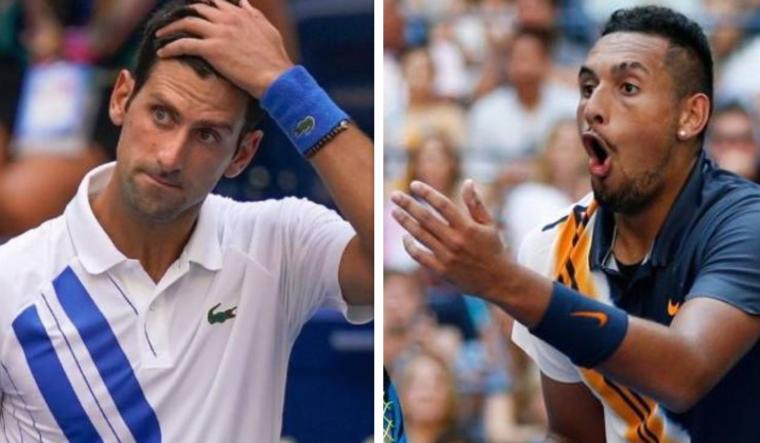 Nick Kyrgios has directed strong criticism against men’s world number one Novak Djokovic over giving a list of demands to the organisers of the Australian Open, asking them to reduce quarantine restrictions on players for the first grand slam of the year.

Djokovic had reportedly written to tournament director Craig Tiley with a list of demands, which included reduced isolation periods and having players moved to “private houses with tennis courts”. He had rented a private house instead of staying at a hotel during the US Open last year.

The Serb is currently under mandatory quarantine in Adelaide with several players before moving to Melbourne for the tournament.

Kyrgios has been critical of the 17-time grand slam champion before, when Djokovic organised the Adria Tour in the Balkans in June when the coronavirus pandemic was still raging on.

The Australian took to Twitter to respond to a video showing the news coverage of the preparations made by Tennis Australia for the tournament and how some players, including Djokovic and Bernard Tomic, have been complaining about the strict COVID-19 protocol in place.

“Djokovic is a tool. I don’t mind Bernie but his Mrs obviously has no perspective, ridiculous scenes,” he tweeted.

Djokovic is a tool. I don’t mind Bernie but his Mrs obviously has no perspective, ridiculous scenes 🤦🏽‍♂️ https://t.co/MMgeriH2GJ

Tomic and his girlfriend, Vanessa Sierra, were shown complaining about the food and having to “wash her own hair”.

Sierra posted a video on her YouTube channel, saying that she has never washed her own hair and that she couldn’t wait to “get out of quarantine just so I can get my hair done”.

“This is the worst part of quarantine. I don’t wash my own hair. I’ve never washed my own hair. It’s just not something that I do. I normally have hairdressers that do it twice a week for me… This is the situation that we’re dealing with. I can’t wait to get out of quarantine just so I can get my hair done.”

“Is he serious? It’s a selfish political move to gain popularity,” Groth wrote in his column.

“To suggest players should have shorter quarantine isn’t only ridiculous, it’s insulting to Australians that have had to endure it.”

“What did he think would happen? That [Victoria’s Premier] Dan Andrews would say, ‘Sure Novak, anything you want’? Spare me.”

The number of people sent to hard quarantine rose to 72 after five people in flights arriving from Los Angeles, Doha and Abu Dhabi tested positive for COVID-19. Two-time Australian Open champion Victoria Azarenka and the 2014 US Open runner-up Kei Nishikori were reported to be on the flight from LA.

Players have been restricted from leaving their rooms and going for practice for at least two weeks before the Australian Open.