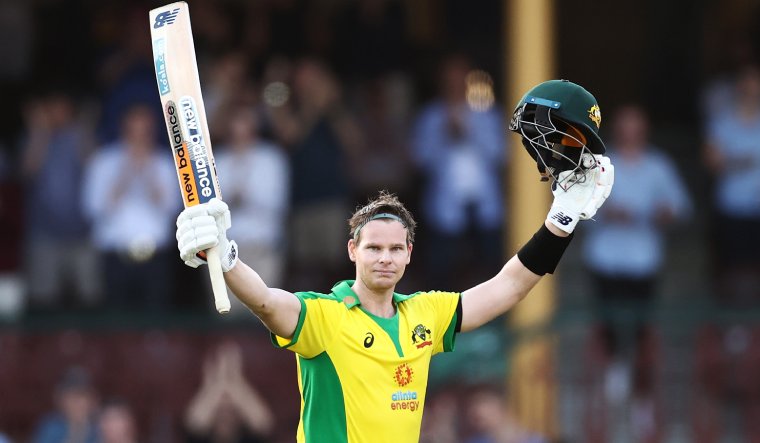 Australian batsmen were superior as they made light work of Indian bowlers in the first ODI of the tour at the Sydney Cricket Ground (SCG) on Friday. After an initial onslaught by openers Aaron Finch and David Warner, it was Steve Smith and Glenn Maxwell who demolished the bowling attack with Mohammed Shami, Jasprit Bumrah, Yuzvendra Chahal and Navdeep Saini left wanting. Few mis-fields and dropped catches added salt to the wounds for India.

Finch, Warner and Smith were clinical with their batting and left the Indian bowlers clueless with their stroke play. While Warner’s dismissal was controversial, Finch gave away his wicket rather than Bumrah getting the better of him. With 374 runs on the board, India have a mammoth total to chase and will need their top guns to deliver if they are to have any hope of winning this game.

Both Finch and Warner played solidly through the first two powerplays. Although they had a slow start, both were quick to neutralise Bumrah and Shami early in the powerplay. Kohli sent Saini into the attack, but Warner made light work of him, forcing the skipper to turn to his spin options. The spinners, too, did not find any luck with both openers playing through the innings casually, picking up the occasional boundaries. Warner was picking up the pace while Finch was consolidating his innings with stroke play.

India finally had their breakthrough in the 28th over when Warner’s attempt at a shot off Shami was caught by K.L. Rahul. The umpire’s original decision was not-out, forcing India to review the decision. The replay showed a spike as the ball was passing the bat, but it could very well have been because of the bat hitting the ground. Third umpire Paul Reiffel, however, gave it out.

Things did not get any better for India following Warner’s departure as Smith started striking the ball at a faster pace. The former Australian captain was excellent with his footwork and made light work of the Indian bowling attack. Finch stepped up his striking rate after hitting his 17th ODI hundred, but soon fell to a slow bouncer off Bumrah. Finch read the ball, but his attempted shot over Rahul did not go as planned and he scooped it to Rahul. Marcus Stoinis was the next in to bat, but he edged a catch to Rahul off Chahal and was out for a duck.

India looked to be pulling back, but what followed was anything but that. Maxwell was on fire right from the beginning. Smith and Maxwell added 57 runs for the fourth wicket from just 25 balls with Maxwell scoring 45 off just 19 deliveries. But he was denied a half-century when he swatted Shami’s delivery outside off straight to Ravindra Jadeja. Marnus Labuschagne was sent in ahead of Alex Carey and he was unable to get going after he fell for just 2, Saini picking up his wicket.

Smith scored his 10th hundred for Australia in the 49th over. His century came from 62 balls, making it the third-fastest ODI century for Australia. Carey also stood strong on the other end as he defended his wicket, picking up the occasional boundary when the opportunity presented. Smith couldn’t see off the innings however, falling to Shami in the final over after scoring 105 runs at a strike-rate of 159. Shami was the pick of the bowlers with three wickets, but his wickets did nothing to slow the rate of the Australian innings and did not change the course of the game in any manner. Bumrah, Chahal and Saini picked a wicket each but were outplayed throughout the game. Australia ended their innings with 374 runs on the board at the loss of 6 wickets.