Kyrgios opens up on battle with depression, says ‘was in a dark place’ 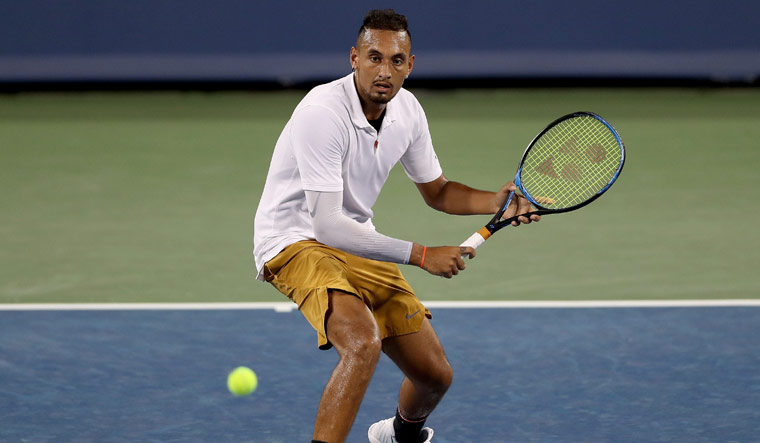 Australian tennis player Nick Kyrgios has revealed that he found himself in a “lonely, dark place” as he battled with depression, and how spending time with his family helped him.

In an interview to Stellar magazine, Kyrgios opened up about dealing with mental health issues and the constant criticism of not caring about the sport and his career.

“I felt like no one wanted to know me as a person, they wanted to get a hold of me as a tennis player and use me. I didn’t feel like I could trust anyone. It was a lonely, dark place,” the 25-year-old revealed.

“There are people who live and breathe tennis and that’s fine. I’m not saying that’s wrong or right.

“I’ve reached a level of freedom in my life that I really don’t care what anyone thinks of me.”

Kyrgios has been called out several times for not committing to the sport and for his notorious on-court meltdowns, inviting fines and suspensions from the ATP. The magazine also mentioned that at one point, the Australian “didn’t want to see the light of a day” and that he started seeing a psychologist in 2018.

He further said that living with his parents in Canberra has been good for him.

“On tour there’s a seven-month block when I don’t get to see my family or be home, so I’m really taking advantage of everything going on at the moment,” he said.

Kyrgios has remained off-court since the start of the COVID-19 pandemic even as the sport, which was suspended due to the coronavirus outbreak in March, resumed in August and the US Open and French Open were staged recently.

Reports said he is looking forward to returning to court in time for the Australian Open next year.