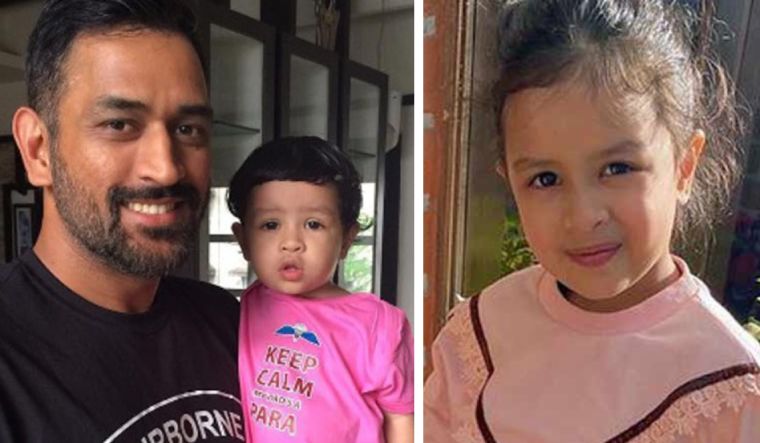 The fact that cricket has some of the most passionate and cult-like followers is not new. Fans have gone above and beyond to express their love and admiration for the sport and its players over the years. However, rabid fans of the sport have now proved that a good chunk of them possesses a sick mentality and are not worried about targeting even children with violence.

Chennai Super Kings captain Mahendra Singh Dhoni’s daughter Ziva is now at the receiving end of some of the most vile and abusive comments by social media users who have made rape threats against her following her father’s and the franchise’s poor performance in the ongoing Indian Premier League.

CSK captain Dhoni and Kedar Jadhav were heavily trolled for their performance and the team’s failure to chase down the target of 168 set by the Kolkata Knight Riders on Wednesday.

Users on Twitter are outraged that even a 5-year-old is not spared by the depraved misogynistic “fans” who direct filthy comments against family members (usually women) of their favourite celebrities, much like how Indian captain Virat Kohli’s wife and Bollywood actor Anushka Sharma is constantly targeted with abuse for her husband’s failure on the field.

The comments were posted by social media accounts on Dhoni and his wife Sakshi’s pictures on Instagram. The disturbing comments have popped up at a time when the country is dealing with a host of violent crimes, including rape, against women following the Hathras gangrape and murder.

Do you see the future of this country for women? where they're normally giving a 6 year old rape threats because her father didn't play a game well?

that Dhoni 6-year-old daughter Ziva is getting rape and death threats because he didn't play well in #IPL2020
Where are we going. Can you even imagine where we are heading as a country?
Humanity is dead.
Morally dead and decayed nation pic.twitter.com/pndqhJYBKa