Federer said the PPTA did not emerge to be combative, to disrupt, or cause issues 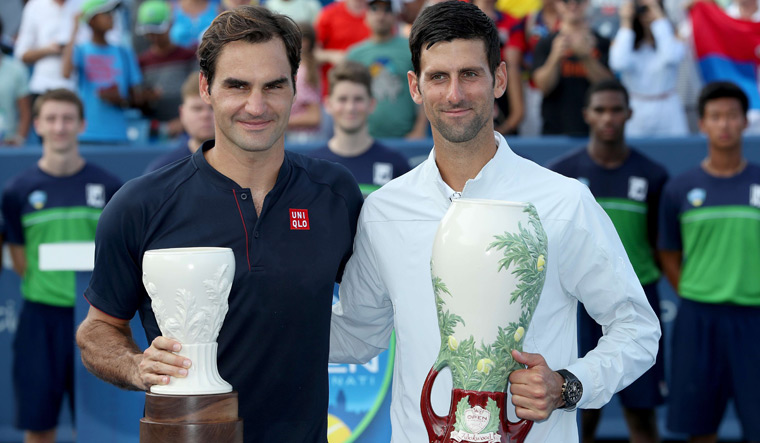 Roger Federer, Rafael Nadal and other members of the ATP Player Council spoke out against a plan put forth by top-ranked Novak Djokovic and Vasek Pospisil to start a men's-only union of sorts for tennis, bringing the sport's politics into the spotlight just before the US Open.

They issued a joint statement on Saturday saying, "It is a time for even greater collaboration, not division."

After a meeting on Saturday night, Pospisil tweeted out a picture showing a group of male players—wearing masks because of the pandemic—standing on a US Open court and wrote that "we are excited to announce the beginning of the Professional Tennis Players Association (PTPA)."

The association—Djokovic said it was not a union, although the distinction wasn't entirely clear—"did not emerge to be combative, to disrupt, or to cause any issues within or outside the tennis tour. Simply to unify the players, have our voices heard & have an impact on decisions being made that (affect) our lives & livelihoods," Pospisil wrote.

In an email sent to players earlier in the week, Djokovic and Pospisil they would be the initial co-presidents of the group, which would also be led by up to nine trustees—all players.

Unlike athletes in major North American team sports, tennis players are not represented by a union that collectively bargains with ownership about pay and other matters. Each tennis player is an independent contractor.

"We are not calling for boycotts. We are not forming parallel tours," Djokovic said after winning the Western & Southern Open on Saturday, two days before play begins at the US Open.

"I truly understand that some of them have different opinions and they don't think the time is right."

Djokovic has been the president, and Pospisil a member, of the ATP Player Council, but both are resigning, as is John Isner.

Andy Murray said on Saturday he wants to give the current ATP leadership—former player Andrea Gaudenzi took over as CEO in January—more time to work.

Murray also does not like that the PTPA would be for male players only; there was talk earlier this year about the possibility of merging the ATP and WTA.

Having a group representing men and women would send "a much more powerful message," Murray said.

Federer and Nadal joined player council representatives Kevin Anderson, Jurgen Melzer, Sam Querrey and Bruno Soares in sending a note to players raising questions about the proposal and saying they're against it.

"The world is living a difficult and complicated situation. I personally believe these are times to be calm and work… all of us together in the same direction. It is time for unity, not for separation," Nadal tweeted.

"These are moments where big things can be achieved as long as the world of tennis is united. We all, players, tournaments and governing bodies have to work together. We have a bigger problem and separation and disunion is definitely not the solution."

Federer quote-tweeted his on-court rival to say he agrees and added, "These are uncertain and challenging times, but I believe it's critical for us to stand united as players, and as a sport, to pave the best way forward."