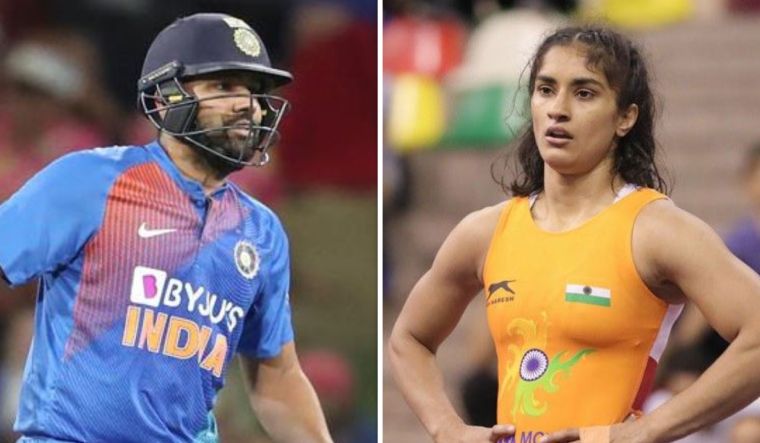 This is the second time since 2016 that four athletes have been finalised for the country’s highest sporting honour. The committee, comprising the likes of Virender Sehwag and former hockey captain Sardar Singh, met at the Sports Authority of India (SAI) headquarters in New Delhi.

While Rohit has been recognised for his ever-rising accomplishments with the bat, Vinesh has been rewarded for her gold medals in the 2018 Commonwealth and Asian Games besides a bronze in the 2019 Asian Wrestling Championships.

Thangavelu got the recognition for his gold medal in the 2016 Rio Paralympics in the T42 high jump category. In 2016, star shuttler P.V. Sindhu, gymnast Dipa Karmakar, shooter Jitu Rai, and wrestler Sakshi Malik were collectively given the top honours.