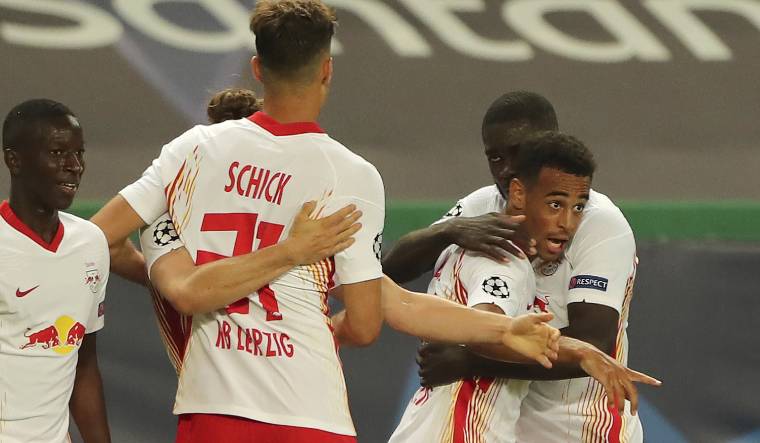 American midfielder Tyler Adams scored in the 88th minute to give Leipzig a 2-1 win over Atletico Madrid on Thursday and send the German club to its first Champions League semifinal.

Adams came off the bench in the second half and scored with a shot from outside the area that deflected off a defender, ensuring that Leipzig's surprising European run will continue into the last four.

It was Adams’ first goal for the club, which he joined last year.

“When I came on I wanted to bring energy and help the team in any way possible,” Adams said. “Getting your first goal is a little bit unexpected for me. I'm not a typical goal scorer but I'm happy I could help the team.”

Dani Olmo had opened the scoring for Leipzig in the 51st and Joao Felix equalized for Atletico from the penalty spot in the 71st.

Leipzig, founded 11 years ago with investment by Red Bull, will face Paris Saint-Germain in the semi-final next week, with the final to take place on August 23, in only their second ever year competing in the Champions League.

Neither team created many significant chances but Leipzig threatened the most with its quick passing and player movement up front.

Some of that fast action in front of the area led to Olmo's close-range header after a cross from the right side.

Atletico improved after Portuguese forward Joao Felix came off the bench in the second half, and he equalized from the penalty spot after being fouled inside the area.

Atletico seemed in control after equalizing but couldn't stop the late breakaway that ended the team's title hopes again.

Adams, who entered the match in the 72nd, picked up a pass from the left side and sent a low right-footed shot that deflected off Atletico defender Stefan Savic and took goalkeeper Jan Oblak out of action.