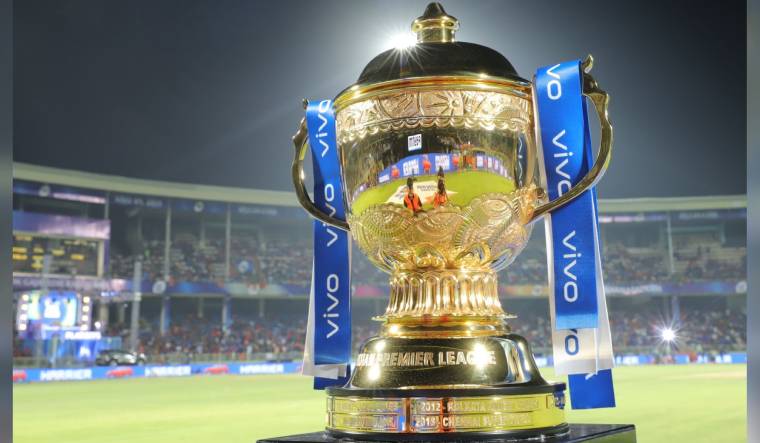 The IPL trophy | via Twitter/@IPL

The COVID-19 pandemic has not only messed up the sports calendar this year, but has also changed almost all the games as we know them. The world of sports is slowly limping back, armed with fresh guidelines, Standard Operating Procedures, and new rules and regulations.

The England-West Indies Test series last month, which the former won 2-1, marked the return of international cricket after the suspension of cricketing activities, along with other sports, in the wake of the pandemic. The matches were played in a bio-secure environment. Similar SOPs will be followed when the Indian Premier League starts in the UAE from September 19. The cash-rich league was accommodated in the September-November window, after the ICC World T20, to be held during that period in Australia, was postponed to next year.

The going has been tough for the IPL this year. The postponement was followed by the need to take it out of the country because of the rising number of positive COVID-19 cases in India. It was followed by the withdrawal of Chinese mobile phone company VIVO as the title sponsor, because of the prevailing India-China border tensions. And just when things seemed to be settling down, with teams ready to fly out of the country to the UAE by August 21, Rajasthan Royals reported the first COVID-19 case in the IPL—their fielding coach Dishant Yagnik. It puts the spotlight firmly back on the protocols and SOPs to be in place during the tournament.

What is a bio-bubble?

In simple terms, it is an environment which is sealed off from the outside world. The players, support staff and match officials will be limited to this specific space—say, the venue itself—thus cutting down their physical interaction with the outside world, completely, thus minimising the risk of contracting the infection.

The players and the coaching and support staff are tested for COVID-19 before entering the bubble. They are quarantined there, and allowed access to only the venue and their respective hotels, and are not allowed to interact with people outside the bubble, for instance, fans. They travel as an isolated unit, be it in flights or in team buses. There are different bubbles for TV broadcast groups and other staff.

In the event of a breach

The concept was first put into practice during the England-West Indies Test series in July. The seriousness and need for the people in the bio-bubble to remain in it was made evident when England bowler Jofra Archer was dropped from the second Test because he breached the bio-security protocols, stopping at his flat while travelling from one venue to another, and had to be quarantined. Even during the ongoing Test series between England and Pakistan, Mohammed Hafeez broke the bubble and interacted with a family outside the bubble, and has to self-isolate for five days now and return two negative tests, to rejoin the Pakistan limited overs team.

What does the IPL SOP say?

BCCI will be ensuring bio-secure bubbles in the UAE in four broadly categorised environments:

Within these, different zones will be created to separate the franchise team members, match officials, cricket operations team, ground staff, broadcast teams, hotel staff and security personnel. The individuals will remain in their allotted zones at all times.

The eight teams will, in effect, have their own bio-bubbles. They will stay in different hotels and players or support staff found to have breached the bio-security protocol will be punished under the IPL code of conduct. Players have to order food to their individual rooms in the hotel and avoid common areas. Social distancing and masks are a must even while interacting with others in their bubble.

The teams can use “empty stands” (since fans won't be allowed) as extended dressing rooms for training and matches, while team meetings can be held outdoors in order to maintain social distancing.

While families of players and support staff can join them, they would not be allowed to travel in the team bus and cannot leave the bio-bubble.

If the medical team, including physios and masseurs, need to get in physical contact with the player, they have to wear PPE.