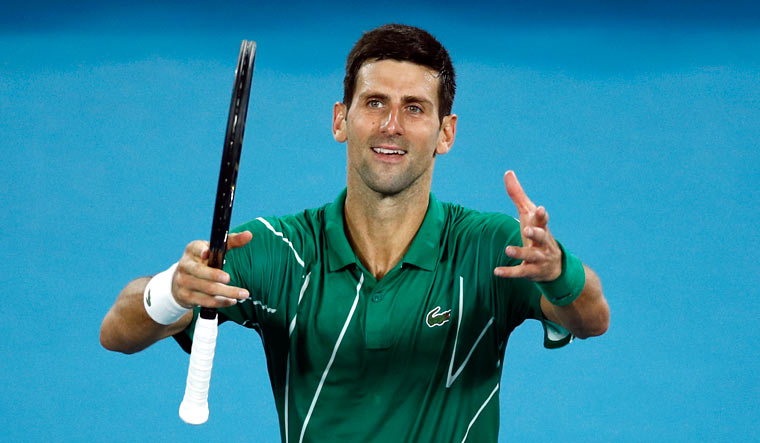 World number one Novak Djokovic was slammed by fans and players alike for staging the Adria Tour exhibition event amid the COVID-19 pandemic after two players had tested positive for the coronavirus.

Bulgarian player Grigor Dimitrov and Croatia’s Borna Coric announced earlier that they had tested positive for COVID-19 after they participated in the charity tennis tournament organised by Djokovic. The final, in which Djokovic was due to play Russia’s Andrey Rublev, was cancelled after Dimitrov’s announcement.

During the event, which also featured Dominic Thiem, Alexander Zverev and Marin Cilic, players were seen gathered in groups, playing basketball and dancing together with scant regard for social distancing norms.

British tennis player Dan Evans said that the Serbian must accept responsibility for organising the event.

“I don’t think he should be having a players’ party and dancing all over each other,” Evans said ahead of the ‘Battle of the Brits’ tournament to be held behind closed doors on Tuesday.

Several fans took to social media after Dimitrov and Coric confirmed they had contracted the virus, and dismayed at Djokovic’s decision to hold the event without following protocols, calling him “irresponsible” and “ignorant”.

Australian tennis star Nick Kyrgios also slammed the “boneheaded decision” to stage the Adria Tour, adding that it is “not a joke” to disregard protocols.

“Boneheaded decision to go ahead with the ‘exhibition’ speedy recovery fellas, but that’s what happens when you disregard all protocols. This IS NOT A JOKE,” he tweeted in response to Coric’s tweet confirming he is COVID-19 positive.

🤦🏽‍♂️🤦🏽‍♂️🤦🏽‍♂️ Boneheaded decision to go ahead with the ‘exhibition’ speedy recovery fellas, but that’s what happens when you disregard all protocols. This IS NOT A JOKE. https://t.co/SUdxfijkbK

Djokovic’s PR team, meanwhile, has said that the Serbian will announce his own COVID-19 test results and address the media and public on Tuesday. The star tennis player had earlier termed the restrictions put in place for the US Open, scheduled to be held from August 31, “extreme” and “not sustainable”.

Jamie Murray, who is organising Battle of the Brits, said that all precautions were taken ahead of the tournament.

“All the guys got tested this morning, that was mandatory for everyone competing in the event,” Murray said.