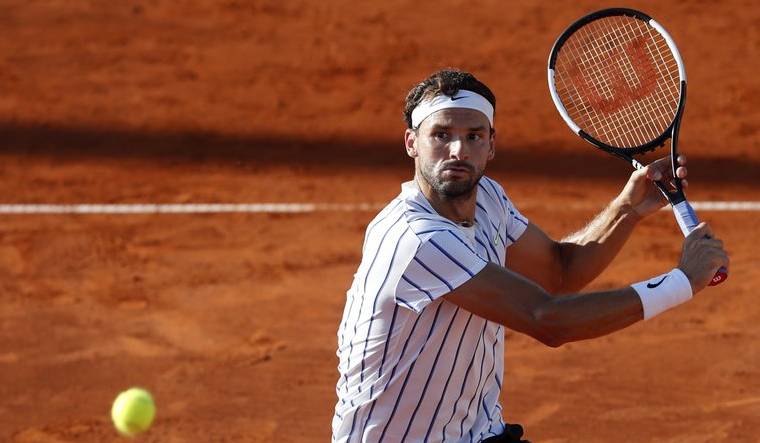 Bulgarian tennis star Grigor Dimitrov has confirmed that he has tested positive for COVID-19, making him the highest-profile current player to contract the coronavirus. He made the announcement on his Instagram account, apologising “for any harm” he might have caused.

The 29-year-old said he was letting people know about being COVID-19 positive so that anyone who has been in contact with him could get tested and take precautions.

“I want to reach out and let my fans and friends know that I tested positive back in Monaco for Covid-19. I want to make sure anyone who has been in contact with me during these past days gets tested and takes the necessary precautions. I am so sorry for any harm I might have caused. I am back home now and recovering. Thanks for your support and please stay safe and healthy,” the no.19 ranked player wrote.

Following Dimitrov’s revelation, the Adria Tour exhibition event organised by world number 1 Novak Djokovic, who was also due to play in the final against Russia’s Andrey Rublev, has been cancelled. One of Djokovic’s coaches Goran Ivanisevic said that it was shocking, and “everyone will have to be tested”.

During the charity event over the weekend, Dimitrov had played Croatia’s Borna Coric, who has also revealed that he has tested positive.

There was heavy criticism over the Adria Tour, a charity tennis event organised by Djokovic, which took place in packed stands, with people interacting without masks and no social distancing norms being followed.

The development comes a few days after the United States Tennis Association (USTA) got the nod to conduct the US Open with restrictions and in the absence of spectators amid the pandemic. Djokovic had earlier revealed that he was hesitant to play the grand slam event due to the “extreme” restrictions in place.