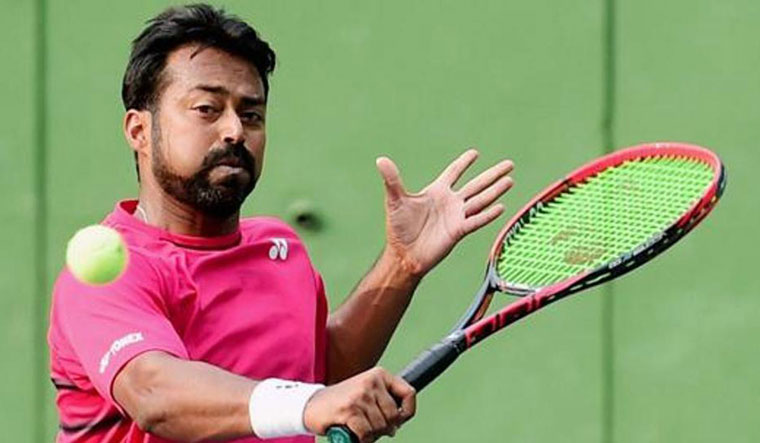 Indian tennis player Leander Paes has said that he will not wait for another four years to appear for his eighth Olympics if the Tokyo Games, which was postponed to 2021 amid the outbreak of the coronavirus, is cancelled. Paes is the only Indian to feature in seven Olympic Games between 1992 and 2016.

“If the Tokyo Olympics is cancelled, then I have already played my last Olympics in Rio. I am not going to wait for the next Olympics,” Paes said during an Instagram Live session with fellow tennis player Purav Raja.

Paes had announced last December that 2020 would be his farewell season as a pro-tennis player and was ready to hang up his boots. The veteran tennis star has won 18 grand slam doubles titles, 10 of which he won in mixed doubles, in his career. He is also the most successful doubles player in the history of Davis Cup with 44 wins.

The 46-year-old was targeting to be the only tennis player in the history of the sport to play eight consecutive Olympics. However, this dream had to take a backseat at the moment after the Tokyo Games were postponed to next year. The International Olympic Committee has said that the event could be cancelled if doesn’t happen next year.

During the Instagram chat, Paes talked about his former tennis partner Mahesh Bhupathi, with whom he won three grand slam titles and enjoyed a formidable partnership. In later years, Paes teamed up Rohan Bopanna to win several Davis Cup matches.

“Mahesh had a killer backhand as an ad court player. It was world class but if I had to choose between two, I would definitely go for Rohan’s serve. His serve is one of the best I have seen on tour and it’s a weapon,” he said.

He also said that in the mixed doubles events, he enjoyed his partnerships with Switzerland’s Martina Hingis and Czechoslovakia’s Martina Navratilova.

“Hingis complemented my style and I could play my natural game with her. She allowed me to be the leader and I could just take over the net. Navratilova, on the other hand, led me through and always guided me. She was the leader in my team,” Paes said.