'Mahi is sleep-talking about PUBG these days': Sakshi on Dhoni

Dhoni has been away from cricket for over a year now 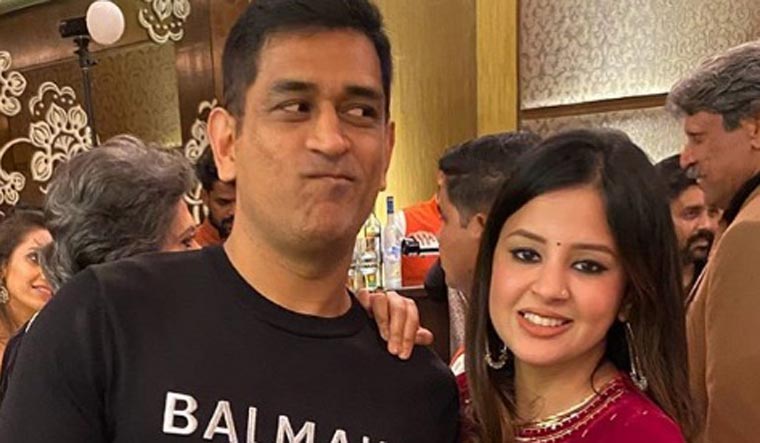 Mahendra Singh Dhoni's wife Sakshi on Sunday, revealed how the former India captain is addicted to PUBG now, amid the COVID-19-induced lockdown in the country.

"He (Dhoni) has got a thinking brain, it does not rest. When he plays video games, it helps him divert his mind, which is a good thing. Nowadays, PUBG has encroached my bed. Mahi is sleep-talking about PUBG these days," Sakshi said during an Instagram Live hosted by Chennai Super Kings.

"Video games are a stress-buster for him. When he plays video games, it helps him divert his mind, which is a good thing."

Away from cricket, the 38-year-old is also busy pampering his passion for bikes.

"He bought parts and assembled them. He was assembling a bike and fully assembled it and he forgot to put one part and the next day he had to open the bike and he had do it all over again," Sakshi said.

Dhoni has been away from cricket for over a year now. He last played for India during the World Cup semifinal loss to New Zealand and since then his future has been a constant speculation as he did not find a place in the BCCI's centrally contracted players list.

Fans, who were expecting to interact with him on the Instagram Live session, were disappointed as he did not show up.

"You know how Mahi is... Mahi wont really come and talk on Insta Live. Knowing Mahi, I know they (fans) are crazy about him. But we all know that he's kept a low profile on social media."

She expressed astonishment on rumours about her husband's retirement on social media, clearly indicating that the former India captain is still eyeing a return to the national team. Dhoni, who is the only captain to win all major ICC trophies (50-over World Cup, T20 World Cup, and Champions Trophy) and also took India to the No 1 Test ranking.

"He is keeping a low profile. During the lockdown he had no presence on the social media. I don't know where these things come from. I just don't know.

"See, you have to be prepared for these things when you have social media exposure. People have their opinions. Two days ago, when that Dhoni 'retires' was trending, the message was put out. Whenever anything happens, I start getting calls and messages," she said.

The speculation further gained steam with uncertainty surrounding this year's IPL in the wake of the COVID-19 pandemic as it is believed that Dhoni is eyeing a return to the Indian team through the cash-rich T20 league.

"We of course miss CSK, still wondering whether IPL going to happen or not. My daughter also asking 'when it will happen?' Let's see..."

But if there is no cricket, the entire family plans to hit the hills in Uttarakhand.

"If there is cricket, there will be cricket. But Mahi and I have planned to hit the hills. We are planning to go to Uttarakhand, stay in small villages. We will take road trips that's safe. No flights," Sakshi said.