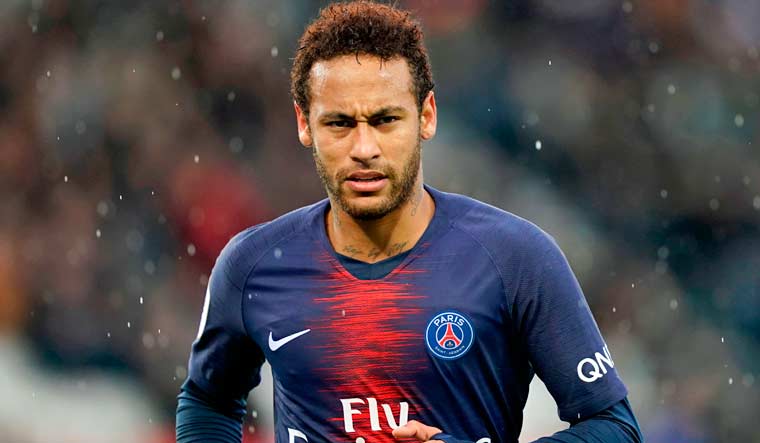 There seems to be no end to speculations surrounding Neymar's return to Barcelona. Now it seems the PSG man is ready to take a hefty pay cut to join his former team. According to a report by Mundo Deportivo, Neymar who currently makes 600,000 pounds per week at PSG, is ready to take a 50% pay cut to join Barcelona and re-form the lethal MSN trio along with Messi and Suarez.

Neymar's time at PSG has been riddled with issues. Although the Brazilian has been prolific in scoring, both off-field and on-field controversies have always surrounded him. Apart from issues with fellow teammates on the field, Neymar has also publicly expressed his wish to return to Spain, which angered PSG fans. Despite his unceremonious exit from Barcelona in 2017, many of the his former teammates including Messi and Suarez are keen to see him return to the club. Neymar, along with Messi and Suarez combined to form the most prolific attacking force in world football. But the Brazilian chose to leave as he reportedly didn't want to play under the shadow of Lionel Messi. After leaving Barcelona, his goal scoring has been much better, but he has reportedly been very unhappy with the Paris side.

Despite these reports, it is still very unclear as to how Barcelona will be able to afford Neymar. The club is going through a tough time financially since the COVID-19 outbreak. With losses mounting due to suspended play, it will be a herculean task for Barcelona to get Neymar to Camp Nou. They may have to offload a handful of players to make room financially for Neymar who won't come cheap.