Ronaldinho, brother to not face prosecution for using fake passports 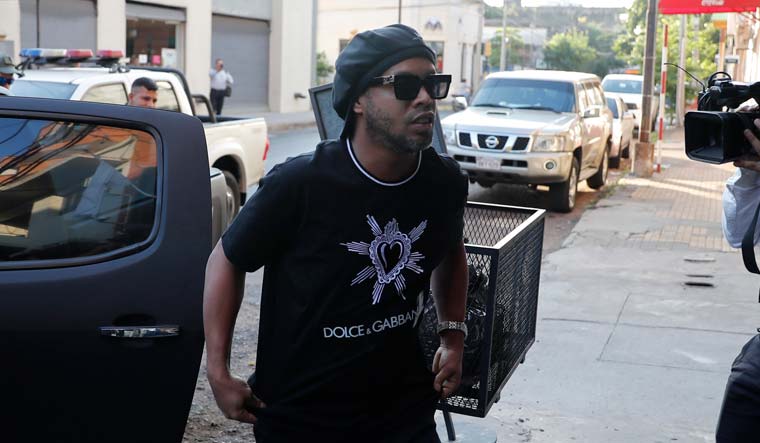 Ex-Brazilian star football player Ronaldinho and his brother Roberto, who were detained by the Paraguayan authorities for entering the country with fake passports, will not face prosecution. Authorities said that the brothers were “deceived”.

Ronadinho’s lawyer had denied that his clients had used false documents to enter Paraguay, with the prosecutor saying that the brothers had contributed to the investigation by giving relevant information.

The former Brazilian footballer and his brother were questioned for more than seven hours by the public prosecutor. They have since been removed from the case.

Reports said that Ronaldinho and his brother were acting in “good faith” in receiving the falsified Paraguayan documents.

Ronaldinho and brother had their passports taken away by Brazilian authorities after he failed to pay a USD 2.5 million fine in a case for causing environmental damage. They were convicted for illegally building a fishing trap at Lake Guaiba in Porto Alegre.

Ronaldinho had been invited to Asuncion by a foundation for needy children, and to promote his new book. He and his brother were detained at their hotel after their fake passports were detected at the Asuncion airport.