Chopra, a player agent now, levelled the charges against the Blasters assistant coach 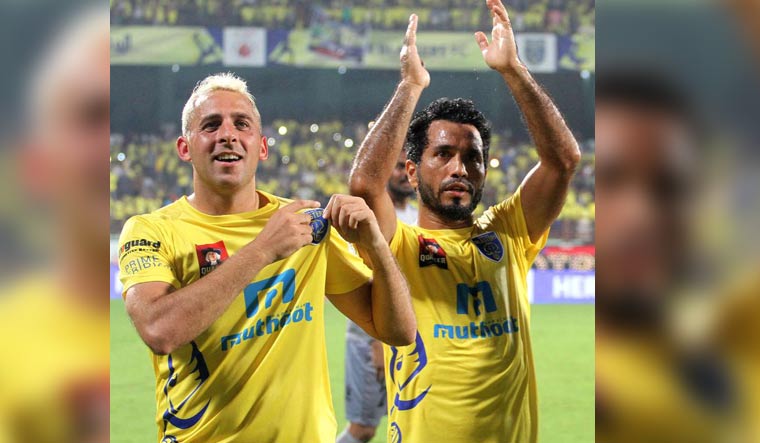 Kerala Blasters have thrown their weight behind their assistant coach Ishfaq Ahmed, who was accused of taking kickbacks from player agents by former Blasters player Michael Chopra.

In a tweet on February 15, Chopra, who facilitates player transfers now, tagged : “@ishuberk whats the story about you taking back handers from agents if the players sign for @KeralaBlasters

Manjappada is the fans' club of the Blasters.

Chopra had played for Kerala Blasters in the inaugural edition of the Indian Super League in 2014, and also in 2016. He scored a solitary goal in the two seasons. Ahmed was his teammate then.

The Blasters took to Twitter last night to announce that they will initiate legal proceedings against Chopra for levelling allegations of corruption against Chopra. “The club appreciate Ishfaq Ahmed's contribution as a player and as part of the coaching staff. He will continue to be with the club for the long term,” the statement added.

A former Newcastle United and Sunderland player, Chopra has represented England at the junior level. Ahmed has played for several top Indian clubs such as Mohun Bagan, East Bengal, Dempo, among others, before moving into more of a managerial role with Kerala Blasters and Jamshedpur FC in the ISL.

Kerala Blasters are in the seventh position on the ISL 2019-20 table, and have one more match to go.