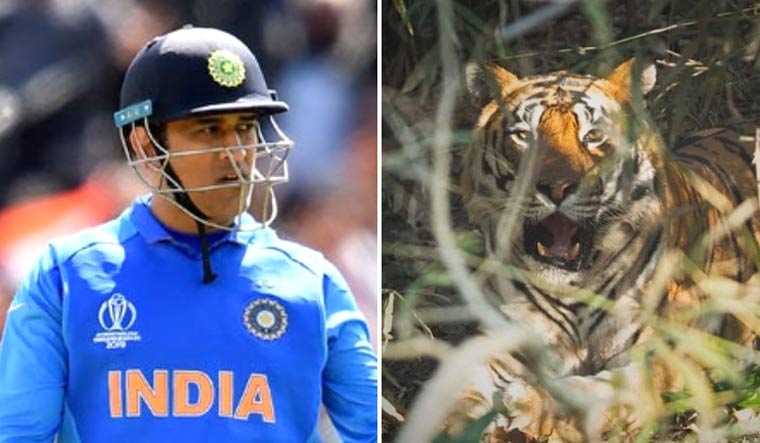 Trust Mahendra Singh Dhoni to spring a surprise every now and then. The former Indian skipper, who has been away from the game since India's semifinal exit in the ICC World Cup last year, has been in the news for speculations on his impending retirement.

But the man himself has been silent on it. Instead, he has been on a vacation spree. And now, Dhoni has taken up a new avatar—that of a wildlife photographer. The 38-year-old visited the Kanha National Park in Madhya Pradesh and shared a picture of a tiger he clicked, on Instagram.

“When u spot the tiger on ur own and he obliges u with just enough time to click a few pics.Visit to kanha was outstanding (sic),” he wrote. Dhoni had visited the national park with wife Sakshi and friends in January, too.

When u spot the tiger on ur own and he obliges u with just enough time to click a few pics.Visit to kanha was outstanding

Recently, a video had emerged showing Dhoni serving pani-puris to his former teammates R.P. Singh and Piyush Chawla at an event, reportedly, in Maldives.

He has been on a sabbatical from cricket since the World Cup, but underwent a two-month training with the Indian Army's Parachute Regiment. Dhoni has an honorary rank of Lieutenant Colonel in the Territorial Army unit of the Parachute Regiment (106 Para TA battalion).

In January this year, he was dropped from BCCI's centrally contracted players' list. The 38-year-old's omission from the contract list was not unexpected considering that he has not played any international cricket for months.

ALSO READ: I don't think he can come back now: Kapil on Dhoni

India head coach Ravi Shastri had said that Dhoni may soon end his ODI career but could be in contention for a spot in the T20 World Cup squad provided he does well in the IPL.