When the Olympics was made a stage for political statements

Instances when political gestures and protests marred the Olympic Games 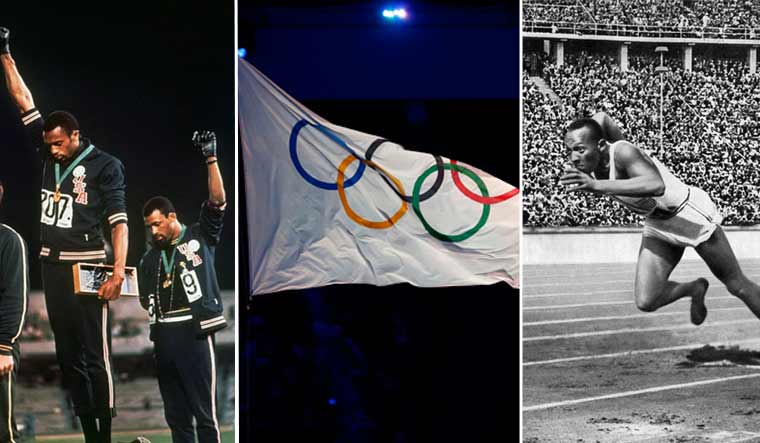 Last week, Thomas Bach, the president of the International Olympic Committee, made news when he urged politicians and athletes to keep politics out of this year’s Olympic Games, scheduled to be held at Tokyo. In his statement to the media, Bach called for the participating nations to respect the event’s neutrality and its tradition as a peaceful meeting place.

Bach’s reaction is in light of recent events that have kept nations on edge and in a state of tension. The US-Iran crisis is escalating by the day, and with both sides and their allies promising retribution, the upcoming Tokyo Olympics should present politicians and athletes the opportunity to make hard-hitting political statements, in a platform where sportspersons from all over the world converge in a landmark event.

Bach’s statement was followed by a reiteration by the governing body that it would strictly ban any form of political protest during the Olympics, be it a gesture of political nature, such as kneeling, or fist-clenching. The diktat by the IOC, according to the body, is intended to prevent athletes from making politically charged statements through their gestures.

The IOC’s move, however stringent it may seem, is the result of a long history of infiltration of politically motivated acts, protests and statements in the quadrennial sporting event that has always attracted the attention and admiration of millions of viewers. Let’s take a look at the instances where political gestures and protests have marred the highly celebrated sporting gala. 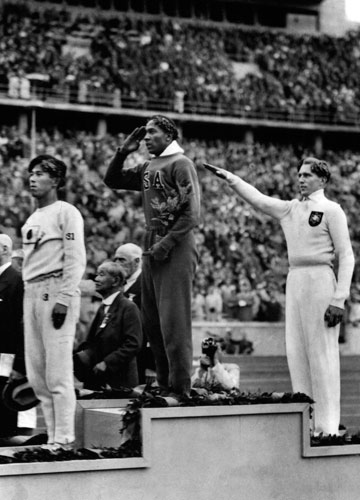 [File] Jesse Owens of the US (center) salutes during the presentation of his gold medal; Owens won four gold medals in the 1936 Summer Olympics in Berlin | AP

This was the time when Adolf Hitler and his Nazi Party were in power in Germany. Hitler’s Aryan propagandist acts aimed at racial cleansing had already attracted the scorn of the world. Hitler’s Germany had won the bid to host the Olympic Games in 1936. Countries in the west threatened boycotts. Yet, 49 countries sent their contingents for the Games. The 1936 Olympics is also famous for another reason―Jesse Owens, who, with his four gold medal haul, “single-handedly crushed Hitler’s myth of Aryan supremacy”.

When tensions were at an all-time high during the Suez Crisis, the Melbourne Games became an arena for Egypt, Iraq and Lebanon to vent their fury over Israel’s invasion of the Sinai Peninsula. The three countries boycotted the Games. They were soon joined by the likes of the Netherlands, Spain and Switzerland who boycotted the Olympics in protest to the Soviet Union invasion of Hungary.

Tommie Smith and John Carlos, who participated from the US contingent, are still remembered for their iconic gesture, in which they raised a clenched fist and bowed their heads during the playing of the national anthem. Smith and Carlos, who had won first and third place in the men’s 200 meter race, also got on the podium barefoot. Their protest was against the mounting atrocities against and unfair treatment of black citizens of the US, at the height of the civil rights movement. In a show of solidarity, Australian athlete Peter Norman, who won second place, wore a human rights badge along with his fellow athletes while receiving his medal. The act of the American athletes was, however, followed by the IOC banning them from participating in future events. This was also the year when scores of Mexican students, who protested against the government’s apathy to the country’s social issues, were shot dead just 10 days before the start of the Games. 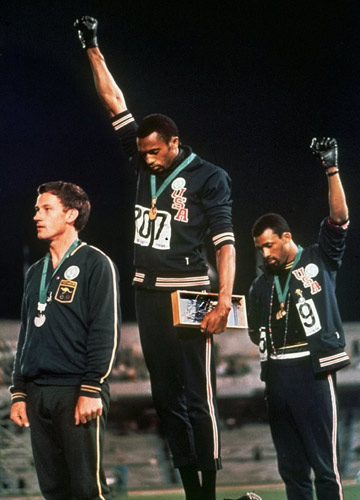 The horrific acts of the Palestinian terrorist group ‘Black September Organisation’ during the 1972 Munich Games still remains a dark chapter in the history of the Games. Eight terrorists of the group had snuck into the Olympic Village and killed two members of the Israeli team. Despite the efforts of the German police, the nine hostages who were abducted by the terrorists were killed by their captors, leaving an indelible black mark on the friendly and harmonious Games.

The Moscow Olympics witnessed the largest ever mass boycott in the Games’ history. At the forefront of the boycott was the United States and behind them rallied around 60 countries which refused to participate in the Games in opposition to the invasion of Afghanistan by the Soviet Union. Most notably, the Games was hosted by the Soviet Union at a time when world nations were divided in the longest ever political and military standoff in history.

Like its previous edition, the year’s Olympic Games, hosted by the US, became a platform for the Soviet Union to show its stand in the feud. In a tit-for-tat move, the Soviet Union boycotted the Games, however officially citing “security reasons.”

The IOC’s decision to ban political protests will definitely be unchallenged. But with less than six months left for the Games to kick-start, and bilateral relations between most countries showing no signs of resolving despite mediated peace talks, the onus will fall on the governing body to ensure that no attempt is made by participants that could mar the prestige and reputation of the highly revered once-in-four-years event.